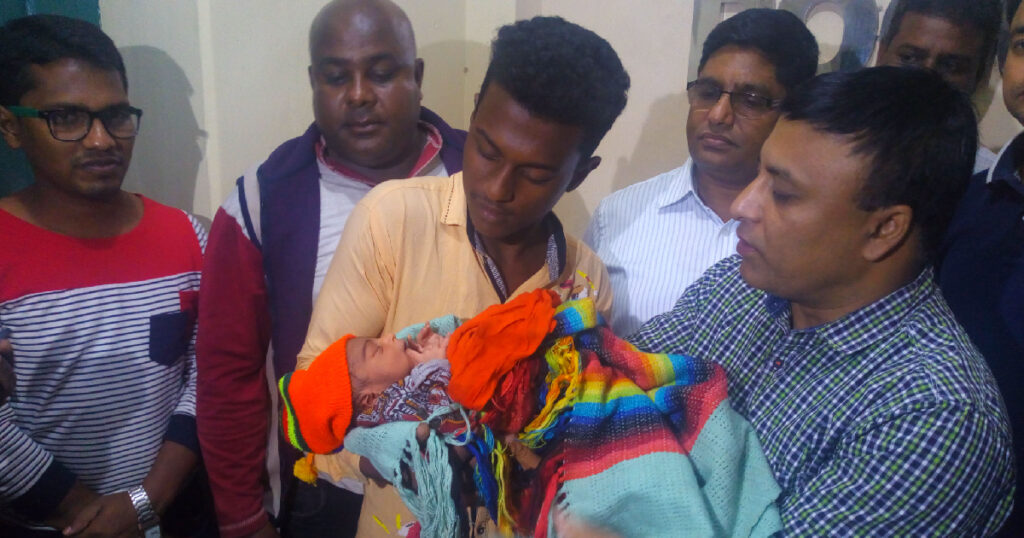 Police rescued a baby boy from a house at Latifpur Colony in the district town on Thursday, twenty four hours after the boy had been stolen by an unidentified woman from Bogura Shahee ZiaurRahman Medical College Hospital.

Ali Ashraf Bhuiya, superintendent of Bogura Police, said Nahida Akter, 28, wife of Sourav of Nalkharia village in Kahalu uapzila gave birth to a baby boy at the hospital on Wednesday.

Later, an unidentified woman took the baby from its mother saying that she would take him to the pediatric department for treatment and since then the baby remained missing.

Sourav filed a case with the local police station on that day.

On information, a team of police conducted a drive at the house of one Faruk at Latifpur colony and rescued the boy on Thursday night.