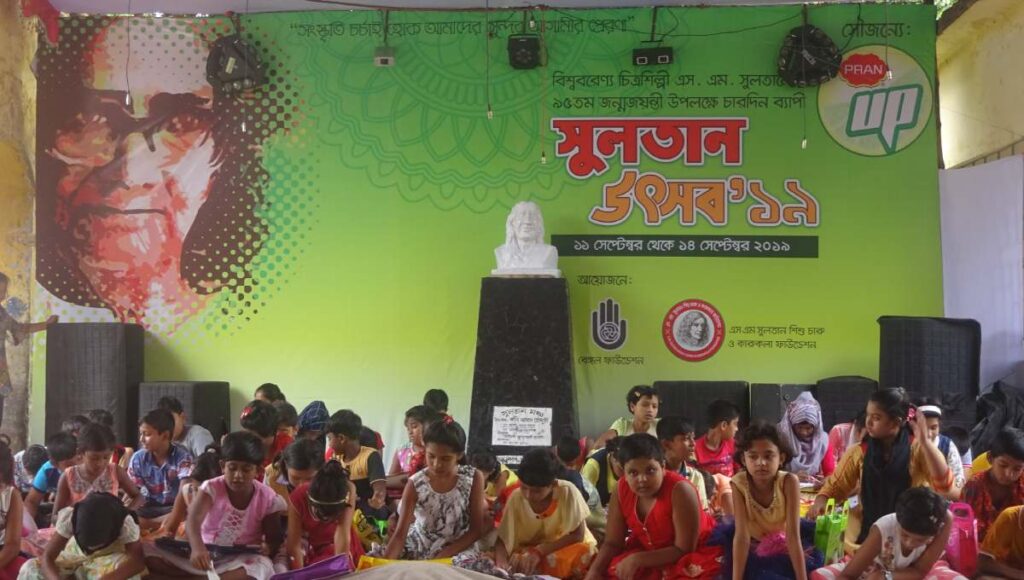 Narail, Sept 13 – About 500 children took part in a painting competition on Friday, the third day of ‘Sultan Utsab’ celebrating the 95th birth anniversary of eminent painter SM Sultan.The SM Sultan Shishu Charu O Karukala Foundation and the Bengal Foundation jointly organised the competition as well as the four-day festival.
The painting contest was held at Victoria College in Narail district.
Foundation President Sheikh Hanif, Member Secretary Bimanesh Chandra Biswas, Director Liza, among others, were present at the programme.
SM Sultan is known for his exquisite paintings and drawings mostly with nature and the hardworking rural population of Bangladesh as his subjects. He won various awards for his work including the Ekushey Padak in 1982.
The Bengali avant-garde artist was declared the Man of Asia in 1982 by Cambridge University.
Sultan died on October 10, 1994. – UNB