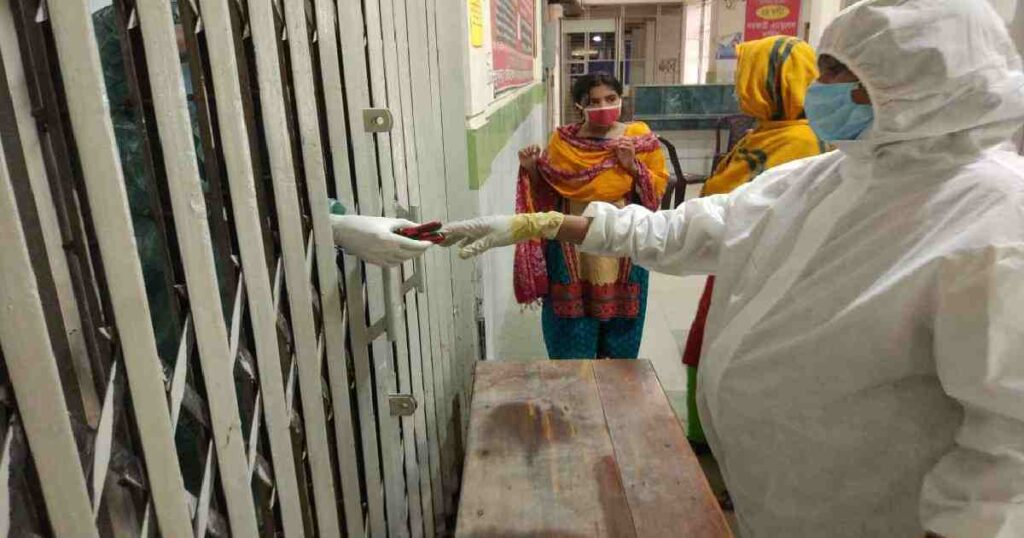 Bangladesh on Friday saw another surge in coronavirus cases as 1202 more people tested positive in the span of 24 hours, raising the total cases to 20,065.

During the period, 15 more people died from the deadly disease, taking the death tally to 298.Additional Director General of the Directorate General of Health Services (DGHS) Prof Dr Nasima Sultana came up with the disclosure at its daily online briefing.

In the last 24 hours, 41 coronavirus testing laboratories across the country tested 8,582 samples, she added. During this period, 9,539 samples were collected.

Dr Nasima noted that the overall infection percentage in Dhaka division has declined slightly.“Currently, Dhaka and its surrounding districts have 79.54 percent of the coronavirus patients. Of those infected, 58 percent are in Dhaka city alone,” she said.

Narayanganj comes in second in terms of number of confirmed cases.She also noted that infection is spreading faster in Chattogram division.

Among the 15 patients whose deaths were reported on Friday, seven are male and eight female.“Two of them were aged between 81 and 90 years, three between 61 and 70, eight between 51 and 60, one between 31 and 40 and another between 21 and 30,” the DGHS official said.

Meanwhile, 278 more patients recovered from coronavirus in the past 24 hours, bringing the total number of recoveries to 3,882.

Hospitals in Bangladesh currently have 8,934 isolation beds alongside 329 ICU beds and 102 dialysis units.Bangladesh confirmed its first coronavirus cases on March 8 and the first death on March 18.

To cope with the worsening coronavirus situation, the government on Thursday extended general holidays further until May 30.

In line with the extended general holidays, the Roads and Highways Division (RHD) said the public transport services will also remain suspended until May 30.

The global death toll from coronavirus reached 203,555 as of Friday.According to worldometer, 4,539,401 cases have so far been confirmed since the virus was first reported in China in December last year.So far, 1,711,250 people have recovered.

Of those infected, 2,524,596 are currently being treated and 45,559 of them are in serious or critical condition.The World Health Organisation declared the coronavirus crisis a pandemic on March 11.