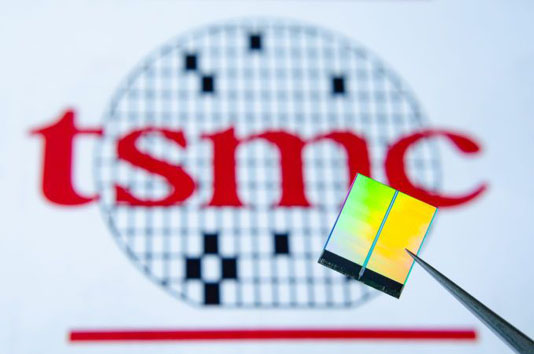 Taiwanese computer chip giant TSMC announced Friday it will spend $12 billion on a state-of-the-art semiconductor foundry in the United States, creating thousands of jobs.The announcement is a win for President Donald Trump who has pushed for major chipmakers to set up shop inside the US.
Taiwan Semiconductor Manufacturing Company, the world’s largest contract microchip maker, produces the processors that provide the computing muscle for everything from iPhones, laptops and games consoles to servers and critical internet infrastructure.
Construction for the facility in Arizona is set to start in 2021 with production of 5-nanometre chips — the smallest and fastest on the market — beginning in 2024, TSMC said.
“This project is of critical, strategic importance… (for) leading US companies to fabricate their cutting-edge semiconductor products within the United States,” a company statement said.
“TSMC welcomes continued strong partnership with the US administration and the State of Arizona on this project.”
The firm said the factory would create 1,600 jobs — and thousands more via supply chains — and would churn out 20,000 semiconductor wafers a month.
Trump is keen to reduce reliance on Asia as tensions simmer with China over trade, tariffs, industrial espionage and national security.
Most of TMSC’s factories are located in Taiwan. The Arizona facility will be the firm’s second manufacturing site in the US.
TMSC said support was being offered from both the State of Arizona and the US government but it gave no details or where the plant would be located.
Foxconn, another major Taiwanese electronics company, announced plans in 2017 to build a huge plant in Wisconsin with Trump appearing at the ground-breaking ceremony.
But the project has fallen short of expectations with a smaller plant and fewer jobs than initially announced.
A political row also broke out over significant tax breaks Wisconsin gave Foxconn to set up shop, reports AFP.