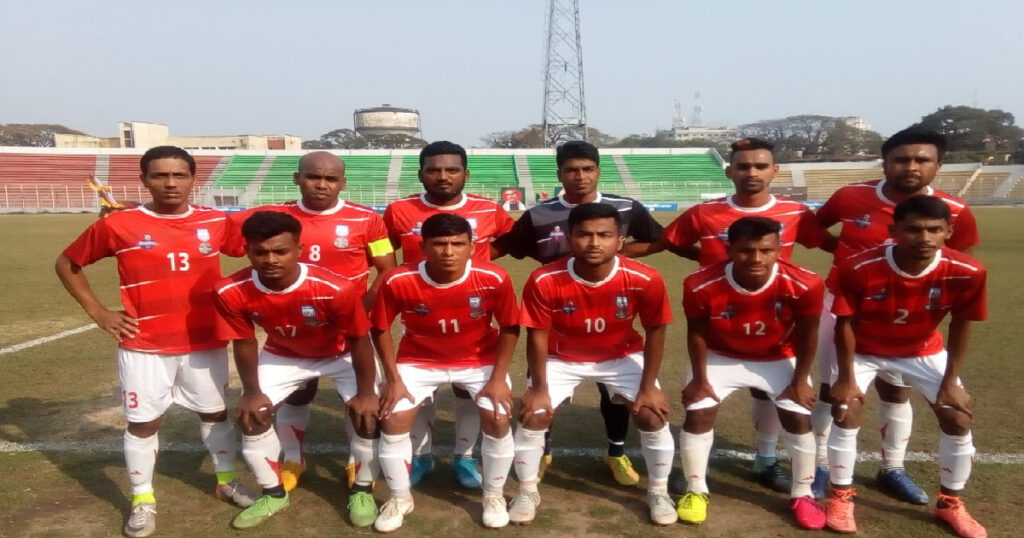 Dhaka  – A fine hat-trick by Zillur Rahman enabled hosts Sylhet District to clinch the Surma Zone title of the Bangabandhu National Football Championship eliminating Narsingdi District by 5-2 goals in the final at the Sylhet District Stadium on Tuesday.

Zillur Rahman completed the hat-trick scoring three goals in the 6th, 23rd and 66th minutes while Rubel and Abu Bakkar added two more goals for the home side in the 45th and 55th minutes respectively.

The final match between the two teams was locked in a goalless position in the stipulated period at Kamalapur Stadium here.

After a barren result in the schedule time, Al Amin, Saiful and Ashraful scored for national sports training institute team BKSP while Emon netted the lone goal for Bangladesh Army.UNB