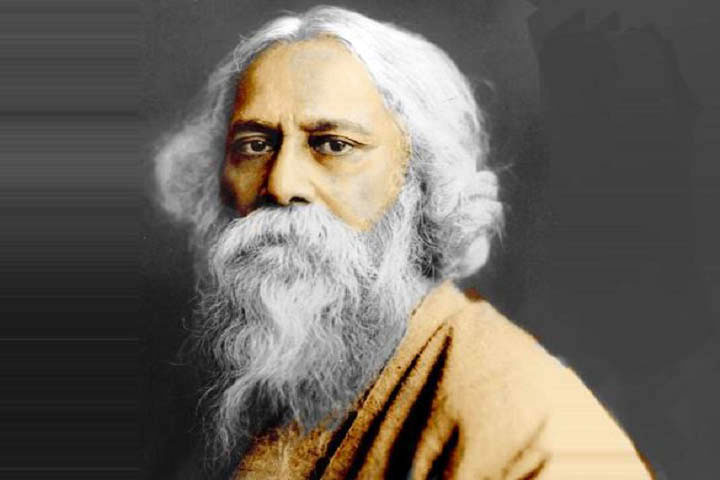 Dhaka, May 8:  With the ongoing second wave of Covid-19 barring artistes to showcase their performances in front of live audiences, the 160th birth anniversary of Noble Prize-winning Bengali poet Rabindranath Tagore has been observed online on Saturday. Just like last year, several cultural organisations have chalked out a handful of virtual events to celebrate the occasion with rich tributes to the Bengali polymath through performances and lecture on his life and works.
Chhayanaut, Bangladesh Shipakala Academy, Indira Gandhi Cultural Centre and others will pay tribute to the Noble Laureate litterateur by organising online programmes with esteemed artists from home and abroad.
Country’s leading cultural organisation Chhayanaut is set to host a cultural event titled Dhor’ Nirbhoy Gaan, which is scheduled to be streamed live from Chhayanaut’s YouTube and Facebook group at 9 pm on Saturday.
Chhayanaut Secretary-General Laisa Ahmed Lisa said, “On this glorious occasion during this pandemic, may his messages of harmony unite us against the odds, and channelling those messages to the admirers of Rabindranath Tagore and his majestic creations is the purpose of our programme.”
This marks the second consecutive year of Chhayanaut’s virtual celebration — last year, it organized an event titled ‘Oi Mohamanob Ashe’, streamed live on its YouTube channel named Chhayanaut Digital-Platform and its official Facebook group.
Bangladesh Shipakala Academy (BSA) is also hosting a virtual event featuring cultural performances and discussions on the life and majestic creations of Tagore on its Facebook page at 11 am.
The event will be joined by the Ministry of Cultural Affairs Secretary Md Badrul Arefin, BSA Director General Liaquat Ali Lucky, renowned Rabindrasangeet artiste Tapan Mahmud, singer Nobonita Chowdhury, dance maestro Sharmila Bandyopadhyay, recitation artist Dalia Ahmed and more.
Indira Gandhi Cultural Centre (IGCC) will stream an online programme on its Facebook page at 7.30 pm on Saturday. The programme is scheduled to be joined by renowned artists from Bangladesh and India.
One of the world’s leading institutes for research and programmes on South Asia, the Institute for South Asia Studies (ISAS) at the University of California, Berkeley, is hosting another virtual event to celebrate the birth anniversary of Rabindranath Tagore at 10 pm on Saturday, with cultural presentations of esteemed artistes from Bangladesh and India.
The event, titled ‘Pochishe Boishakh: Celebrating the Birth Anniversary of Rabindranath Tagore at UC Berkeley’, will be telecast on the Facebook page of the Institute for South Asia Studies.
Bangladesh Rabindrasangeet Shilpi Sangstha Dinajpur will stream a live programme on its Facebook page at 9.30 pm. The programme will feature cultural performances including songs, recitations and discussions by artistes from both Bangladesh and India.
Besides, various television and radio channels are scheduled to host a number of programmes on the day, reports UNB.