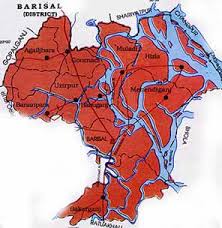 A Bangladesh Open University (BOU) teacher was stabbed to death by a thief at Janoki Singh Road in the city early Friday.The victim was identified as Dil Afroza Shimu, 40, a BOU lecturer and wife of Amrita Lal Dey College assistant professor Mahmud Al Jalal.
Mahbubur Rahman, officer-in-charge of Kawnia Police Station, said the thief entered the house of Jalal cutting open the dining room grill around 3am.
Sensing the presence of the burglar, Shimu clasped him and started hue and cry.
However, the thief stabbed the BOU teacher in the chest and fled the scene with two mobile phone sets and Tk 2,500 in cash.
Victim’s husband and two daughters — Rubaiya Binte Mahmud and Rezwana Binte Mahmud –- rushed her to Sher-e-Bangla Medical College Hospital where doctors declared her dead.
Abu Raihan Saleh, Assistant Police Commissioner of BMP, said a team of Criminal Investigation Department (CID) collected evidence from the spot. “We’re trying to arrest the killer.”