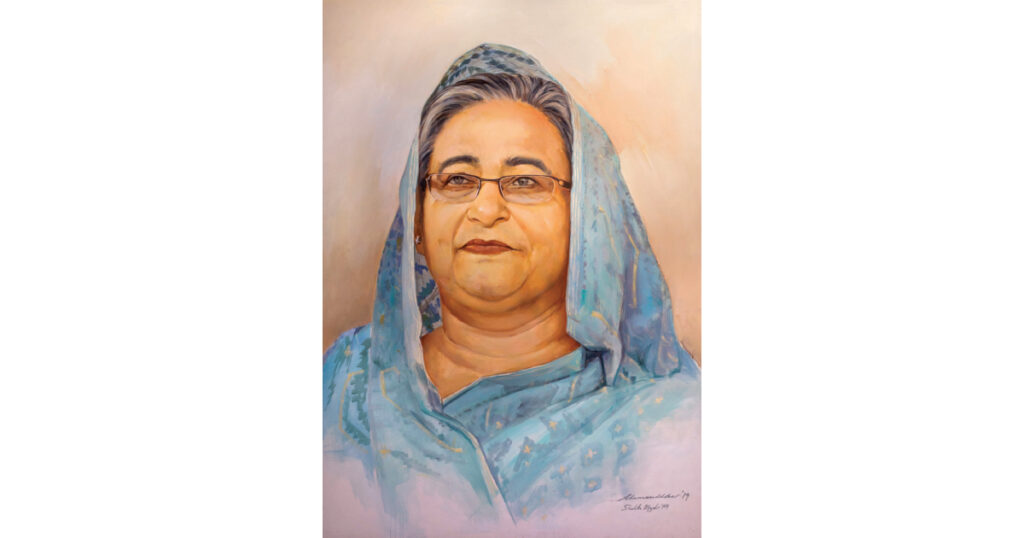 Bangladesh Shilpakala Academy’s special exhibition on the life and works of Prime Minister Sheikh Hasina, titled ‘Sheikh Hasina – Bangladesh Er Shopnosharathi’ has been extended due to visitors’ demand.It will now be concluded on November 30.

Initially set to end on October 27, the exhibition was first extended till November 15. Based on positive crowd reaction, Shilpakala authorities decided to extend the timeline twice.

The exhibition was inaugurated by Speaker Dr Shirin Sharmin Chaudhury on September 28 at National Theatre Hall of Shilpakala.

The ongoing exhibition is taking place at galleries 1 and 6 of the National Art Gallery complex at Shilpakala every day from 11am to 8pm and on Friday from 2pm to 8pm.