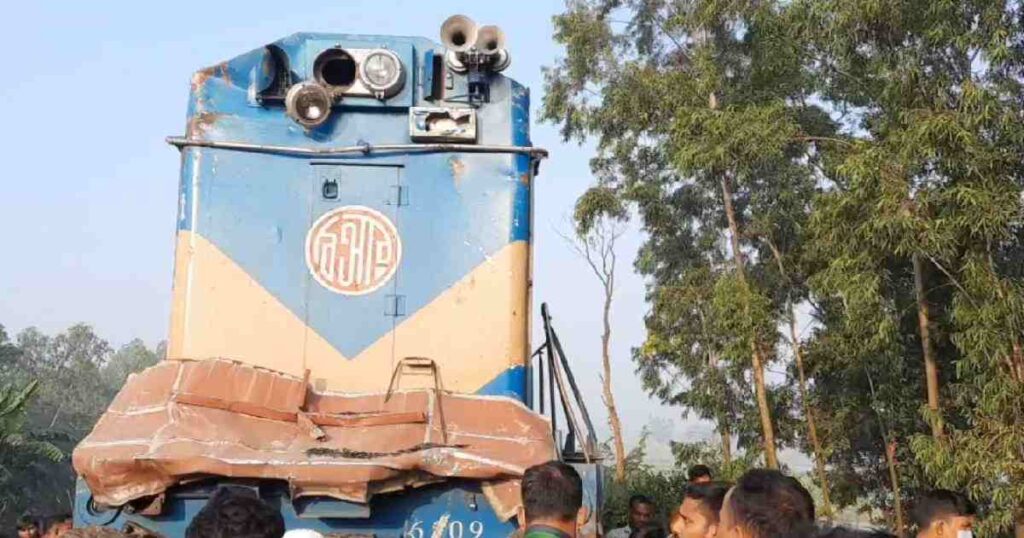 Gazipur, Nov 07 – A man was killed and several others were injured when a train hit a bus at Sonakhali level crossing in Kaliakoir upazila of Gazipur early Saturday.

Rail communication between Dhaka and northern parts of the country remained suspended after the incident.
The identity of the deceased could not be known immediately.
The accident took place around 4:10 am when the ‘Nilsagar-bound train’ from Chilahati hit the bus, leaving one dead on the spot , said Mostafizur Rahman, director of Nilsagar Train.
On information, a team from local fire service rushed in and is trying to remove the bus from the rail track. – UNB