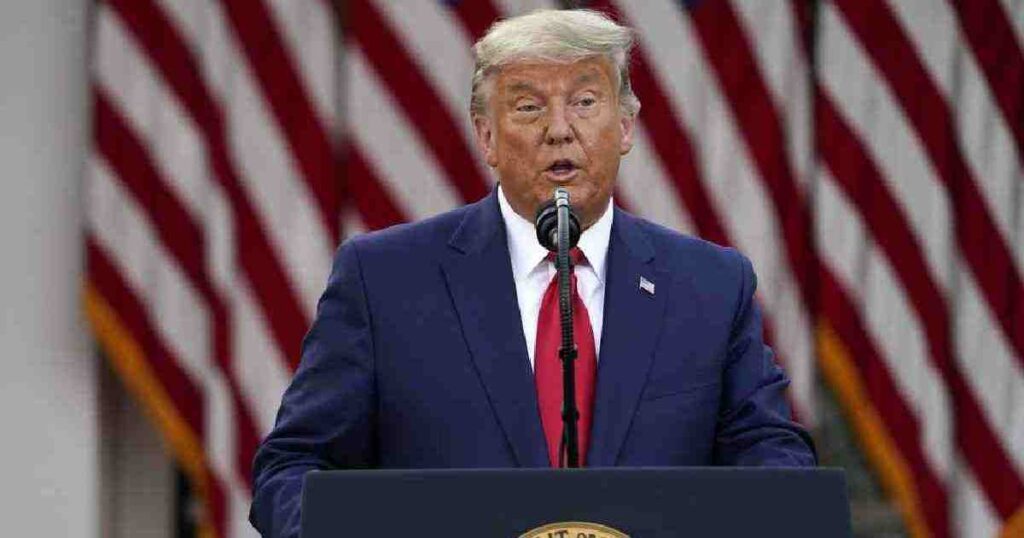 AP/UNB, Nov 15 – US President Donald Trump finally seemed to acknowledge Sunday that he lost the presidential election and won’t be president anymore from January 20th, 2021 even as he repeated his claims that contest was ‘rigged’ in favour of his opponent, president-elect Joe Biden.

In amongst a flurry of tweets posted on Sunday morning (US time), was one in which he wrote:
“He won because the Election was Rigged. NO VOTE WATCHERS OR OBSERVERS allowed, vote tabulated by a Radical Left privately owned company, Dominion, with a bad reputation & bum equipment that couldn’t even qualify for Texas (which I won by a lot!), the Fake & Silent Media, & more!”
This was the first time he publicly conceded that Biden won, fairly or not.
It came as a number of lawsuits brought by his campaign in various states mostly failed to make any headway in court, more-or-less wiping out the possibility that the result could be overturned.