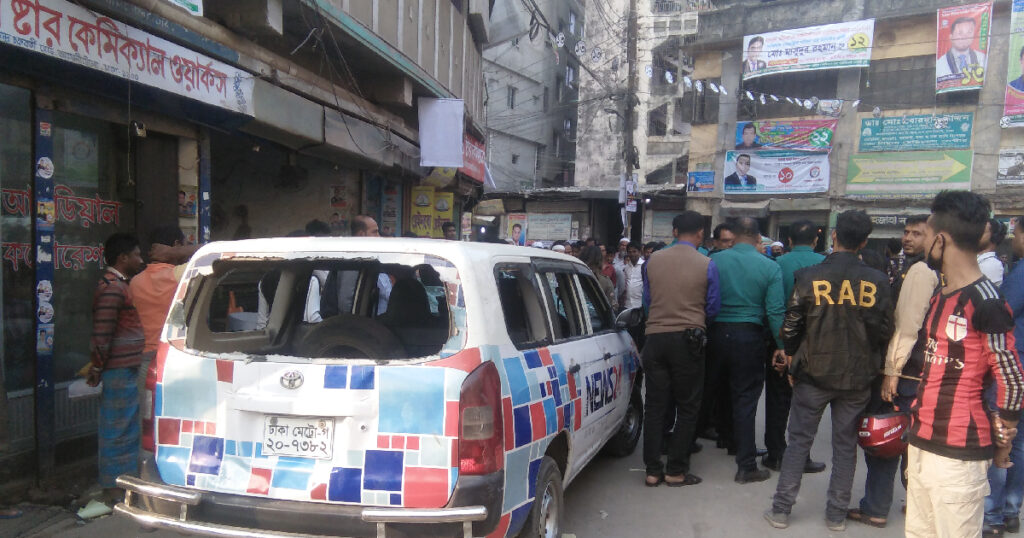 Two journalists of a private television channel were injured in an attack carried out by bond traders in Nayabazar area of the capital on Tuesday.

The injured are Md Fakhrul Islam, a reporter of News24, and its video journalist Sheikh Jalal.

Inspector Md Bachchu Miah, in-charge of Dhaka Medical College Hospital (DMCH) police outpost, said a group of bond traders swooped on the journalists and beat them around 2pm while they were waiting for collecting news of a raid to be conducted by Customs Intelligence and Investigation Directorate (CIID) in the area, leaving them injured.

The attackers also snatched a camera and a backpack from them and vandalised their vehicle, he said.The injured were taken to DMCH around 2:45pm, Bachchu said.The traders were allegedly selling paper imported under bonded warehouse facilities.