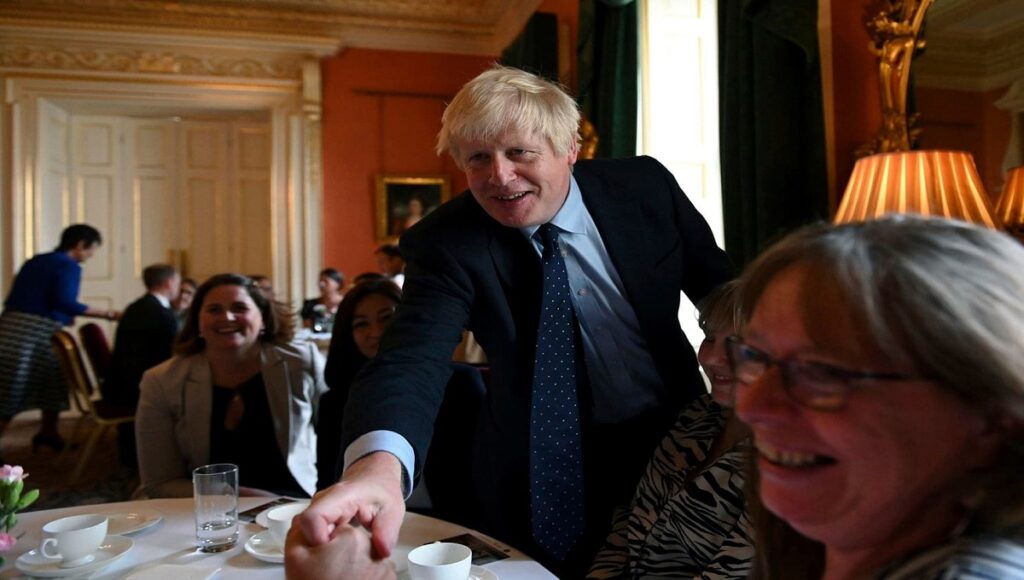 Boris Johnson has said he will “wait and see what the judges say” before deciding whether to recall Parliament.
The Supreme Court will hear two appeals that will determine whether the prime minister acted lawfully in suspending Parliament for five weeks. It will give the final ruling after Edinburgh’s Court of Session said the shutdown was illegal and London’s High Court said it was not a court matter.
Mr Johnson said he had the “greatest respect for the judiciary”.
The suspension of Parliament, a process known as proroguing, began a week ago.
MPs are not scheduled to return until 14 October, when there will be a Queen’s Speech outlining Mr Johnson’s legislative plans. The UK is due to leave the EU on 31 October.
Opposition parties have called for Parliament to be recalled.
ahead of the court case later, Mr Johnson said the independence of the judiciary “is one of the glories of the UK”.
“And I think the best thing I can say, having said that, is to wait and see what they say,” he said.
Asked again if he would be ready to recall Parliament if that was what the Supreme Court said he ought to do, he said: “I think the best thing I could do is wait and see what the judges say.”
The hearing is scheduled to last until Thursday.
In the same interview, Mr Johnson said the EU had had “a bellyful” of the Brexit process and wanted to get a deal, adding that leaders were “fed up with endless delays” and wanted to move onto the next phase of trade talks.
But on Monday Luxembourg’s PM attacked the prime minister’s approach to Brexit, calling the situation a “nightmare”.
After Mr Johnson pulled out of a joint press conference with Xavier Bettel because of noisy anti-Brexit protesters, the Luxembourg PM proceeded to appear at the conference without his British counterpart.
A UK government source said on Monday that the gap the UK and Brussels needed to bridge to achieve a Brexit deal “remains quite large”.
Scotland’s highest civil court, the Court of Session, last week found in favour of a cross-party group of politicians who were challenging the prime minister’s move and ruled that Mr Johnson’s suspension of Parliament was unlawful.
The judges said the PM was attempting to prevent Parliament holding the government to account ahead of Brexit.
They were unanimous in finding that Mr Johnson was motivated by the “improper purpose of stymieing Parliament”, and that he had effectively misled the Queen in advising her to suspend Parliament.
Following the ruling, business minister Kwasi Kwarteng said: “many people” believe judges are biased about Brexit – comments that prompted criticism and led to the prime minister defending the independence of the judiciary.
The judgement at the Court of Session came after London’s High Court heard a case brought by businesswoman Gina Miller, who argued the shutdown of Parliament was “an unlawful abuse of power”.
The judges said they rejected her claim because the suspension of Parliament was a “purely political” move and was therefore “not a matter for the courts”.
The government is now appealing against the ruling in Scotland, while Ms Miller is appealing against London’s High Court judgement.
Gina Miller is appealing against London’s High Court judgement
Eleven of the Supreme Court justices – the largest possible panel – will hear legal arguments from the English and Scottish court cases. The government’s lawyers will then respond.
BBC legal affairs correspondent Clive Coleman said it was only the second time 11 justices would sit – the first time this happened was in Ms Miller’s successful challenge as to whether the prime minister or Parliament should trigger Article 50 to start the process for leaving the EU.
He added that they will determine whether prorogation is a matter for the courts.
If they decide it is, they will go on to rule definitively on whether Mr Johnson’s true motive in advising the Queen was to undermine MPs’ ability to legislate and respond to events as the country prepares to leave the EU, our correspondent added.
This will determine whether Parliament is recalled. – BBC