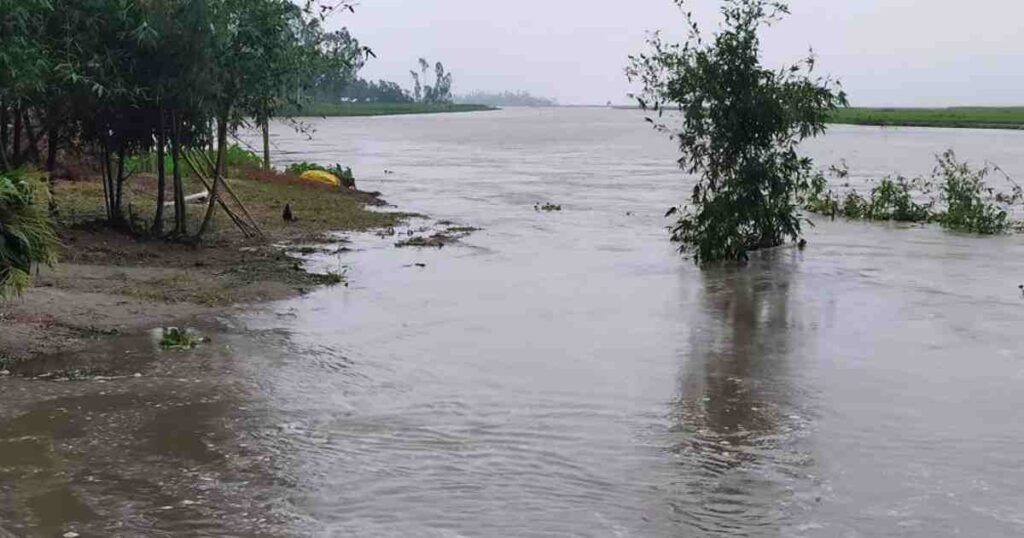 Abu Syed, son of Dulu Mia, was electrocuted while saving his house from river erosion.Rabiul Islam, executive engineer, Water Development Board, Dalia Doani point, said water in Teesta increased because of heavy rain but it has been receding fast.

The water in Teesta Barrage area flowed under 28cm of the danger level on Wednesday morning.Locals said erosion started in four other upazilas in the district in the last few days before the monsoon.