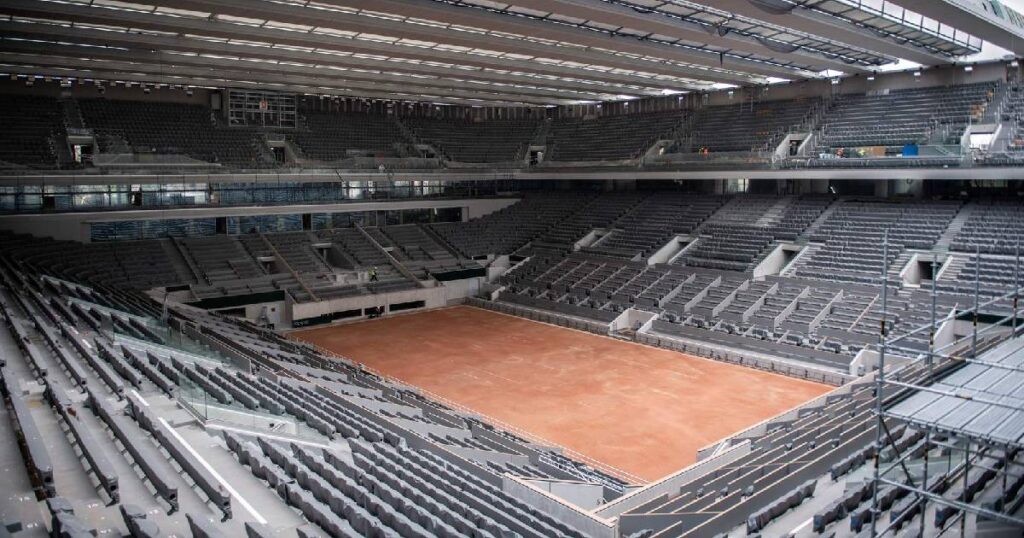 The French Open was postponed for about four months because of the coronavirus pandemic, shifting from May to September and juggling the tennis calendar.

The French tennis federation said Tuesday it will hold its 15-day clay-court event at Roland Garros in Paris from Sept. 20 to Oct. 4, instead of May 24 to June 7, “to ensure the health and safety of everyone involved in organizing the tournament.”

In the statement announcing the move, federation President Bernard Giudicelli described it as “a difficult yet brave decision in this unprecedented situation.” Later, in a conference call with reporters, Giudicelli acknowledged the other Grand Slam tournaments and the men’s and women’s professional tours were informed of the change — but not consulted.

“It’s unthinkable for us to remove Roland Garros from the calendar. The only thing we had in mind is the interests of the tournament, of the players,” Giudicelli said. “We looked at the fortnight that was least damaging for the other (tournaments).”

The French Open’s new dates place it right after the hard-court U.S. Open, which currently is scheduled to be held in New York from Aug. 31 to Sept. 13. Having just one week between two major championships, played on different surfaces, would be unusually short.

The U.S. Tennis Association said later Tuesday it is considering “the possibility” of postponing the U.S. Open because of the outbreak.

In a not-so-veiled jab at the French federation, the USTA issued a statement saying that if there were a change in timing, “we recognize that such a decision should not be made unilaterally.”

The USTA added that it would only move its major championship “in full consultation” with others, including Grand Slam organizers, the WTA and ATP tours and the International Tennis Federation.

The new timeline for the French Open also conflicts with several hard-court tournaments already slated for those two weeks, as well as the Laver Cup exhibition event in Boston.

“This is madness,” tweeted Canadian pro Vasek Pospisil. “Major announcement by Roland Garros changing the dates to one week after the US Open. No communication with the players or the ATP.. we have ZERO say in this sport. It’s time. #UniteThePlayers”

This is the first instance of a Grand Slam tournament being affected by the virus that has spread around the world. The next major tennis championship on the calendar is Wimbledon, which is to start in late June in England.

After the French Open’s postponement was announced, Richard Lewis, the chief executive of the All England Club, which runs Wimbledon, said his group was continuing to plan for that tournament “at this time.”

He added: “It remains a continuously evolving situation and we will act responsibly, in the best interests of wider society.”

Several tournaments in March and April already had been called off by the men’s and women’s tours as a result of COVID-19.

For most people, the new coronavirus causes only mild or moderate symptoms, such as fever and cough. For some, especially older adults and people with existing health problems, it can cause more severe illness, including pneumonia.

The vast majority of people recover. According to the World Health Organization, people with mild illness recover in about two weeks, while those with more severe illness may take three to six weeks to recover.

French President Emmanuel Macron announced Monday that for at least 15 days, people in that country would only be allowed to leave their homes for necessary activities such as shopping for food or going to work. He also banned gatherings of families and friends.

The end of this year’s tournament was supposed to represent the cutoff for ATP and WTA ranking points that would help determine which players were eligible to compete in the 2020 Tokyo Olympics starting in late July.

The French federation said people who already purchased tickets for the French Open can ask for either refunds or exchanges.

Among the storylines anticipated for this edition of Roland Garros: Will Rafael Nadal be able to add a 13th title in Paris to his already record-setting collection there? Might Serena Williams make another run at winning a 24th Grand Slam trophy? And, now that the dates have changed, could Roger Federer end up participating? He was going to miss the tournament in May because he recently had knee surgery.UNB