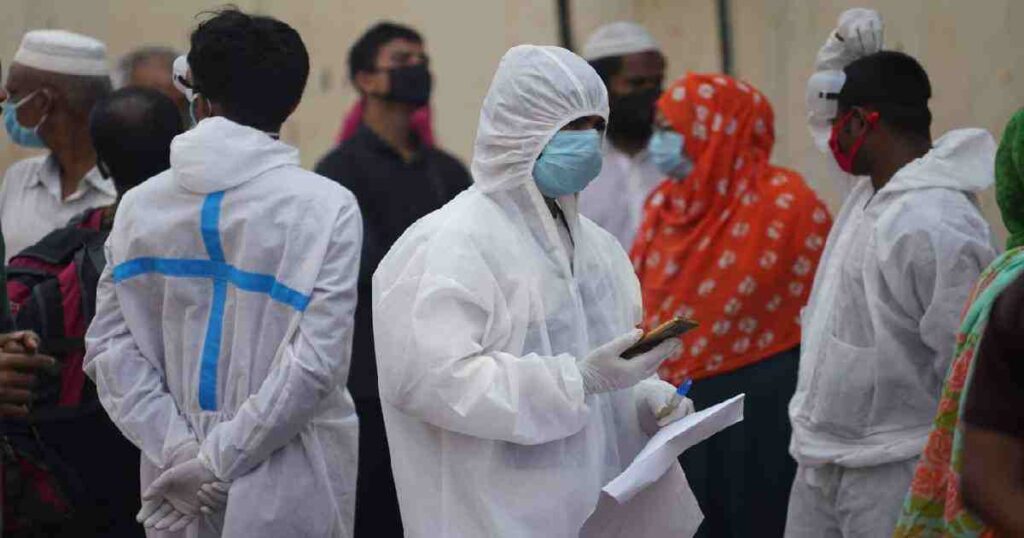 As COVID-19 cases and fatalities continue to rise alarmingly in Bangladesh, the government has taken all necessary preparations to bring some virus hotspots (Red Zone) under lockdown and declaring general holidays there to prevent entry to and exit from those areas.

“The areas where infection rate is high will be declared as ‘Red Zone’ and general holiday will be announced in those areas but countrywide general holidays will not be declared anymore,” State Minister for Public Administration Farhad Hossain told UNB.

“Offices will remain open as usual maintaining health guidelines even after June 15. Public transport movement will continue. We’ve taken decision in this regard. Prime Minister Sheikh Hasina will give final approval and an order will be issued soon in this regard after her approval,” he said.

The worst affected areas will be announced Red Zones for 14 to 21 days, he said adding that some faults were identified after brining East Rajabazar area under experimental lockdown and the experience will be applied for the next ones.

“Committees will be formed in locked down areas to monitor the areas,” he added.It is almost final which areas in Dhaka and other parts of the country to be declared as ‘Red zone’ and it will be announced soon, he added.

If the announcement is not made at a time, people of the Red Zones will travel to other areas, he said adding “A technique will be applied in this regard.”

“Now a specialized team is working to finalise the zones,” he added.“The announcement over zoning will be made within a day or two so that people can’t move from one place to another,” he said.”

Dr Abul Kalam Azad, director general, Directorate General of Health Services (DGHS), told UNB that local administration will start enforcing lockdown in Dhaka and other parts of the country.Letters have been sent to all Deputy Commissioners in this regard, he added.

City corporations, municipalities and district administration may bring any area under lockdown if needed, he said adding that the local administration of an area in Manikganj took permission today for it and permission was given.

Bangladesh on Friday reported the record new coronavirus cases- 3,471 and record deaths- 46 in the span of 24 hours until Friday morning.The country has so far reported 84,379 coronavirus cases and 1,139 deaths.