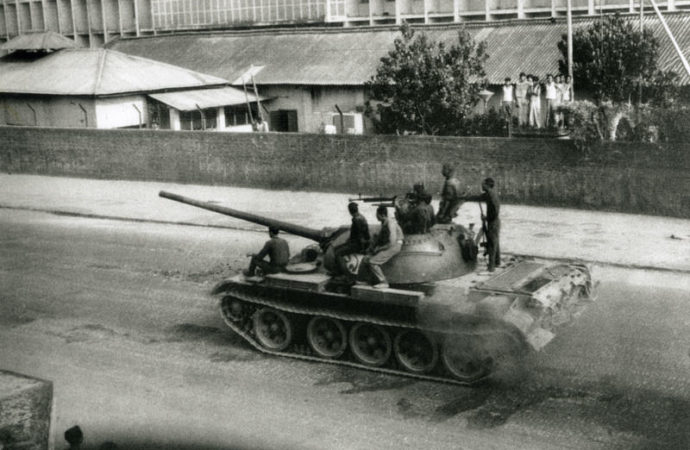 Dhaka, Mar 26 :  More than 1,500 anti-war crimes campaigners in Bangladesh took to the streets to press home their demand for getting the recognition of March 25 as the international genocide day by the United Nations.Professionals, including university teachers, journalists, lawyers, writers, doctors, engineers among others, took part in as many as 34 different protest rallies simultaneously on Thursday evening on university campuses, in front of press clubs, and at the bases of shaheed Minars across the country.
Under the banner of One Bangladesh, a platform consisting of pro-liberation professionals, the protesters carried posters that read “UN should recognise March 25 as international genocide day”, “We demand an official apology from Pakistan”, and “Dear Pakistan, stop spreading smears against 1971 war crimes”.
Wearing masks and maintaining health protocols amid the coronavirus pandemic, the demonstrators also lit candles commemorating 3 million martyrs and hundreds of thousands of women violated by Pakistani occupation forces during the nine-month Liberation War of Bangladesh in 1971.
Lashing out at Pakistan’s barbaric and gruesome killings, Md Rashidul Hasan, the president of the organisation, said, “Since Bangladesh now celebrates its Golden Jubilee of Independence and graduates from a ‘Least Developed Country’ to a ‘Developing Nation’, the spotlight is firmly on the genocide that led to its creation in 1971 over “an ocean of blood”.”
The protesters said they demand the UN take into account the details available in open sources and pushes Pakistan to disclose its confidential archives to get a fullest possible account of the genocide and then recognise the genocide unleashed upon us as one of the worst of its kind in the history of mankind.
Apart from bringing this issue to the deserved global attention, such recognition will also put under scanner the activities of Pakistan’s armed forces to suppress democratic struggles of ethnic minorities the Baloch, Sindhi, Pashtun, and Gilgit-Baltistan Shias, they said.
The recognition of the 1971 genocide will complete the loose ends of history-writing in post-colonial South Asia and also mount pressure on Pakistan to abandon its policy of using terror and military brutality as an instrument of national policy.
The UN would have thus done a huge service to mankind in general and South Asia in particular by recognising the 1971-East Pakistan Genocide and Pakistan must be made to come up with a formal apology like the Japanese have for the 1937 Nanking massacre and rapes and the Germans have for the Holocaust, reports UNB.