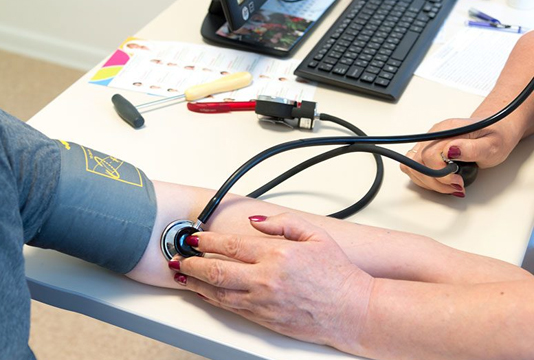 Health Desk
Sudden change in weather pattern, burning sun, excessive sweating and dehydration are increasing health risks to children.
As children are very vulnerable to weather change, a little fluctuation in temperature can cause several problems in their system leading to cough,
fever, dehydration and diarrhoea.
“Most of the children are suffering from fever as they are very sensitive to the ongoing hot and humid weather as they get dehydrated and
germs multiply in their bodies easily”, Dr ASM Alamgir, Senior Scientific Officer of Institute of Epidemiology, Disease Control & Research (IEDCR) told
journalists.
He said babies and children have relatively low body weight, as compared to adults, making them more vulnerable to the risk of fluid loss or
dehydration that occurs when more fluid is lost from the body than it is taken in and causes an imbalance in minerals in their bodies.
The expert said, “Infants get very easily affected by viral infections in transition period which cause a lot of irritation, running nose, fever,
breathing problems as breathing passage is filled by cough”.
Director of Dhaka Shishu Hospital, Professor Dr Manzoor Hussain said the hospital is receiving more patients affected by problems like high fever,
cold, cough and diarrhoea in changing season.
Regarding the children in villages he said, “They are getting sick in this weather as they are taking bath for a long time in ponds or canals.
Sometimes their parents don’t notice that the children are dipping in water for a long time.”
When these children come out of the water and start playing under burning sun, sometimes in wet condition, they fall sick. Dust is also bad for
children, he said.
Hussain suggested that children under five should not be given bath right away when they are sweaty and have just come from under the sun.
Emphasizing importance of consuming extra food during pregnancy he suggests would-be mothers to take more rest in this heat.
Icddr,b sources said the summer, March and April, is considered to be ‘peak season’ for diarrhoeal diseases and the hospital registers a very high
number of patients suffering from diarrhoea.
The doctors advise mothers to take extra care of the children in summer, giving children plenty of drinking water, lemonade, green coconut water for keeping balance between sweating and presence of body fluid to avoid dehydration.