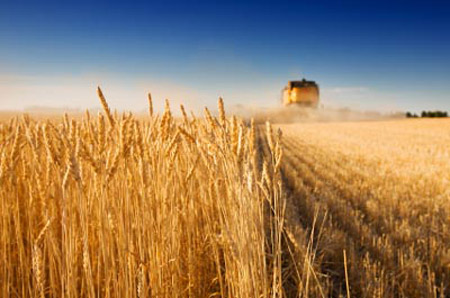 Wheat farmers in the district are being deprived of getting fair price as district food department has not yet started wheat procurement drive though one and half month is going to expire after government’s direction to start wheat procurement drive from 1 April.  Finding no way, farmers are compelled to sell their wheat to middlemen or brokers at a very cheap price to repay loan money of NGOs’ or money lenders which they took to manage cultivation cost.  They are also selling wheat for arranging expenditure of on going boro cultivation. Presently farmers are selling wheat at rate of Tk 600-650 per maund and incurring loss of Tk 400- Tk 350 in a maund comparing government rate of Tk 1000 per maund.

Abdul Mannan Fakir, a wheat farmer of Itakhola village said that for arranging boro expenditure, he sold ten-maund wheat in local market this week at a rate of Tk 600 per maund, which is very negligible rate.

District food department sources informed that for ensuring fair price of wheat to farmers’ government took a decision at fag end of March to purchase wheat directly from farmers from 1 April at a rate of Tk 1000 per maund.

At this, farmers became optimistic of getting reasonable wheat price after incurring loss in last amon season.  Food department sources in the district informed that government set a target to procure 1400 metric tonnes of wheat in six upazilas of the district.

At a quarry, it was learnt that there is no preparation of the district food department at all to start wheat procurement drive soon in full swing.

While contacted, district controller of food Md. Golam Moula told this correspondent that upazila food procurement committees of concerned upazilas mostly headed by UNO are right authority to take decision to start procurement in their area. Upazila controller of food (UCF) acts in the committee as member secretary, he added “ No such decision has not been taken by the committees and for this reason it was not possible to start procurement yet”, he further said.

On investigation it was found that no UCF concerned also member secretary of upazila food procurement committee in the upazilas has not yet taken any effective initiative to hold such meeting for unknown reason.

Presently farmers are selling wheat in open market at low price. If procurement drive starts late then farmers may have no wheat in stock paving opportunity for traders to purchase wheat now at low price and then to sell them to government afterwards at higher rate.

Department of agriculture extension sources in the district informed that in this season government set a target to cultivate wheat in 4,116 hectors of land to get 11,526 metric tonnes yield. But the farmers exceeded the target and cultivated in 12,027 hectors and hence enhanced the production also.