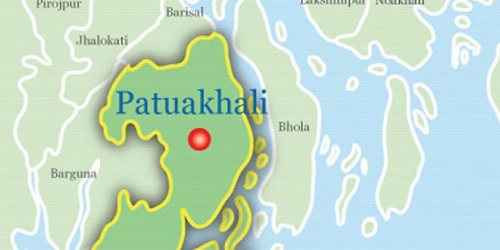 Patuakhali, July 24: Police recovered the hanging body of a woman from a hotel room in Patuakhali district town on Friday morning.The deceased was identified as Pinky,24.
Police, however, detained one Rahat for interrogation.
Quoting Hotel employees, police said, Rahat and Pinky, both residents of Khalishpur in Khulna, checked in a room of South King Hotel on Thursday morning identifying themselves husband and wife.
on Friday morning, Rahat went outside to take morning meal. But, after return, he found the room locked from inside and nine responded despite calling.
On information, police rushed in broke open the door and found Pinky hanging from the ceiling fan.
Patuakhali Sadar police OC Akhter Morshed confirmed the matter.