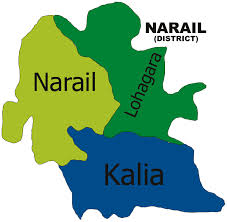 A Narail court on Monday sentenced a woman drug peddler to life term
imprisonment for keeping phensidyl.The convict was Nasima Begum Shathi, 22, wife of late Kamrul Morol at
Burinda village under Chowgachha upazila of Jessore district.
The prosecution story, in brief, is that on secret information, a team
of Sadar Thana police conducted a drive at Chunkhula of Sadar upazila
on May 20, 2012 and recovered 42 bottles of contraband phensidyl from
her possession.
A case was filed with the concerned thana in this connection.
The police also submitted charge-sheet accusing Nasima.
After examining the record and witnesses, District and Session Judge
Mohammad Abdul Matin, handed down the verdict in a crowded court yard.
Nasima was absent when the verdict announced.
(BSS, Narail)