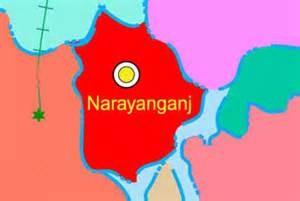 A pregnant woman and two children were killed and five others injured as a septic tank went off in Dighirpar area on Wilson road of Bandar upazila on Friday.

The deceased were identified as Masnun, 12, and Jisan, 8, sons of Khorshed Alam and eight-month pregnant Laboni Aktar, 30, wife of Humayun Kabir.

Runa Aktar, mother of the boys, said the children were sleeping in their room on the ground floor located above the septic tank.

Around 6am, gas accumulated in the septic tank exploded damaging four buildings and a tin-shed house beside it, she said.

The woman who was in the tin-shed house was severely wounded and died while being taken to hospital, she added.Officer-in-Charge of Bandar Police Station Rafikul Islam said the residents of four buildings which were damaged in the blast, have been asked to vacate the place and shift elsewhere.