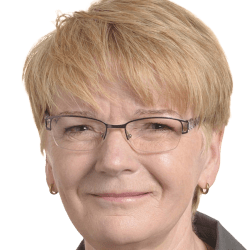 The president of the GUE/NGL group in the European Parliament reflects on her retirement at the forthcoming elections and on the battles to come.

On May 1st we celebrate the achievements of workers throughout the world and renew our commitment to the struggle for workers’ rights and against exploitation.

I will be one of the many rallying on May Day to demand fair wages, social protection and the right to work with dignity. As I am about to retire, I am keenly aware of the threats to public pensions faced by many of my generation, which have been exacerbated by years of austerity. I am likewise concerned about the weakening of rights for younger generations. The so-called gig economy promises flexible work and autonomy but is being used by corporations to slash basic rights, such as sick leave and overtime pay.

Now, more than ever, we must see May Day not just as a yearly ritual or as a propaganda tool (such as it was to the rulers of the Soviet Union and East Germany) but as a platform on which to gather, rethink and reorganise the struggle for workers’ rights. Rights that so many of us have come to take for granted—the eight-hour working day, overtime pay, the minimum wage, sick pay—came about thanks to the struggles and sacrifices of women and men who didn’t take ‘no’ for an answer.

They dared to face bosses, and governments, and violent repression, often putting their livelihoods on the line to stand against exploitation and for their dignity. Organised labour defined the course of history, as a counterbalance to the wealth and power of established elites. They made revolutions. Workers changed the world.

Towards the end of the 19th century in Europe, radical socialist workers championed demands that the state institutionalise basic work standards, such as the right to a weekend. Karl Marx and Friedrich Engels were among the proponents of a new social order; their ideas gained wide adherence in factories and among the working class. Social unrest around these demands pressurised the German chancellor at the time, Otto von Bismarck, to institute the first social-insurance system in Europe, between 1883 and 1889, on which social-security models on the European continent are still based.

The first of May was established to commemorate these struggles and in reaction to the police killing of workers calling for an eight-hour working day in Chicago in 1886. Come May 1968 and France saw the biggest strikes in its history. Students joined forces with factory and farm workers, seeking labour reform, when up to 10 million people brought the country to a halt for two weeks.

The outcomes of these struggles endure to this day but they are under threat due to a pushback by elites. The economic crisis of 2008 was used as a pretext for a decade-long, sustained attack on workers’ rights. Overall, inequality grew, workers found themselves in more precarious jobs and public social protections were weakened in favour of privatised systems.

Our health and pension services are coveted as opportunities for profit. The enduring neoliberal agenda of the European Union shows that very little was learned from the economic crisis. Given its results, public discontent is continuing to brew.

Across Europe, workers’ solidarity is re-emerging through inspiring mobilisations and resistance. The waves of protest in Spain and Portugal in the years of austerity, with mutual learning between the two countries, saw the birth of new left-wing alliances for workers’ rights, gender equality and social justice. Today, these are at the forefront of the battle against the regressive politics in these countries.

In 2018, Amazon workers organised collective action across Europe—in Germany, Spain and Poland—demanding better pay and labour contracts that guarantee decent working conditions, threatening the company’s ‘Black Friday’ sales. Amazon is one of the largest companies in the world, with a market value close to $1 trillion, yet it continues to rip off workers with ’gig’ economy practices, with blatant disregard for labour rights. Likewise, Ryanair workers across Europe have been fighting for better working conditions and the recognition of collective bargaining, in defiance of the company’s anti-union stance. The Me Too movement has put a spotlight on sexual harassment and unequal pay at work.

In the European Parliament, co-operation between left-wing groups, and support from trade unions, was crucial in passing the revised posting of workers directive, which brings us closer towards our aspiration of ‘equal pay for equal work’ across Europe. We were also successful in establishing a European Labour Authority to oversee the implementation and enforcement of union law, which is inconsistently applied and widely flaunted in some areas.

Despite such promising developments, many challenges remain. After the coming European elections, the representation of far-right and populist parties in the Parliament may swell, marking a decisive moment for wide mobilisation and an organised left-wing fightback. Together with many others, I am demanding a Social Protocol to the European treaties, to ensure that we learn and act upon the lessons of the economic crisis with legal force. Social rights must not be sacrificed to the economic interests of the 1 per cent. Despite the pomp and circumstance of the announcement of a European Pillar of Social Rights by the outgoing commission president, Jean-Claude Juncker, it lacks binding commitment.

Trade unions are a crucial force in these developments and a strong vehicle for the mobilisation of workers across Europe. We have echoed their demands for complete coverage of collective agreements for all workers, for upward social convergence, the right to strike, a public social-welfare system, digital education as a social right, workers’ involvement and representation on company boards, a social budget for the EU and public investment to tackle poverty adequately and meet the challenges of climate change.

While there is much cause for concern as to the trials that face us in the years ahead, I finish my 15-year tenure as an MEP with a broad feeling of optimism about the true potential of worker solidarity and resistance—our ability to stand up and fight for our beliefs, our dignity and our rights. If there is something we can learn from our proud history, it is that workers have changed the world. Now we need to do it again.t

Gabi Zimmer MEP (Die Linke, Germany) is the president of GUE/NGL, the Left group in the European Parliament.