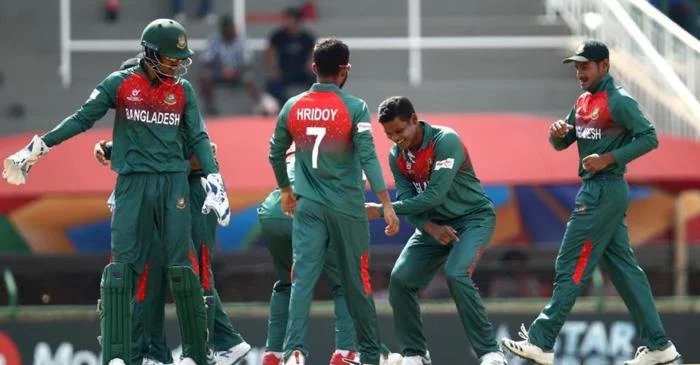 DHAKA —The performance of some of the players of the World Champion Under-19 team drew the attention of many during the BCB President’s Cup.

Bangladesh fast bowlers Rubel Hossain and Taskin Ahmed were amongst those many people who believed these boys could make it big in future.

Rubel and Taskin had first-hand experience of playing against and with those youngsters in the BCB President’s Cup. From what they have seen, some of the players are so talented that they faced off the bowlers without any fear.

Players like Towhid Ridoy, Mahmudul Hasan Joy, Rishad Ahmed played match winning innings for their side to show that Bangladesh cricket is in safe hands. Some of the players like captain Akbar Ali, opener Tanzid Hasan Tamim, Parvez Hossain Emon though couldn’t prosper fully in the tournament, they are believed to turn the things around when it matters most.

Rubel and Taskin however didn’t single out any name particularly but said overall the performance of the Under-19 boys were extremely good.

“The players who were selected from the World Champion Under-19 team are really good players. Most of them performed up to the mark, which is a pleasing thing,” Rubel Hossain said of the youngsters.

“I won’t single out any name particularly but there were two or three players, who can really make it big in future. I think they are capable of being future stars of Bangladesh,” he added.

Taskin Ahmed thanked the Bangladesh Cricket Board (BCB) for providing such a platform like BCB President’s Cup in which they gave the youngsters a chance to play with and against the senior players.

“Thanks BCB for providing such a good platform for all. Here the junior players played with and against senior players, which enriched them,” Taskin said.

“Some of the batsmen and bowlers of the Under-19 team showed their extreme talent. Hopefully they will continue it and do well in future too.”

While most of the people were elated about the boys, Russell Domingo, the head coach of national cricket team, urged all to be patient on the players of Under-19 team

“I think it is really important that you give the U19 players as much time as possible to develop. What you don’t want to do is pick a young player, especially a batsman, too soon, he has a few failures and you drop him for two or three years and forget about him,” Domingo said during a virtual press conference.

Expectation is high on these youngsters who some months ago won the Under-19 World Cup. But Domingo said these players should be handled in the proper way.

“So you’d rather want to make sure that the player gets selected when he is ready to perform in international cricket. Getting into the national side must be hard. You can’t just pick anybody to play for your national side. That guy has to put in some big domestic performances, and make sure he is disciplined in training and fitness, the way he leads his life and fits into the team culture,” Domingo added.BSS