The first war crimes tribunal on Monday asked a defence counsel of BNP MP Salauddin Quader Chowdhury to explain why the court should not take action against him for debasing the court’s dignity.

The order came in response to an application filed by the defence counsel, Fakhrul Islam, seeking an order from the tribunal to clarify its position regarding an alleged Skype conversation between the tribunal’s former chairman Justice Nizamul Huq and a Brussels-based academic Ahmed Ziauddin.

Fakhrul Islam has been asked to reply within three weeks and the next date of hearing has been fixed on Feb 6.

The application asked the judges for an order wherein the tribunal, reconstituted after Justice Huq’s resignation, would clarify whether it had knowledge of the alleged Skype conversation and in contact with such persons ‘implicated in the conspiracy as revealed by the leaked conversations’.

Justice Huq resigned over the Skype controversy on Dec 11, two days after which the three-judge International Crimes Tribunal – 1 was reconstituted.

The tribunal chairman, Justice A T M Fazle Kabir said in his order that the lawyer had not mentioned the specific provision of law under which the application was filed nor under which authority he filed such an application demanding a clarification from the tribunal judges.

The order found Fakhrul’s application to have been filed with ulterior motive that only “created distrust among the people” about the tribunal. Furthermore the order said that this application “lowered the dignity” of the court which was presided over by three Supreme Court judges.

The order said that the tribunal was thus directing the counsel to explain why measures should not be taken against him for interference with the proceedings.bdnews24.com 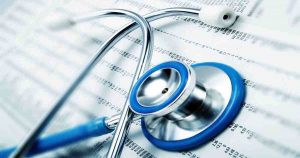