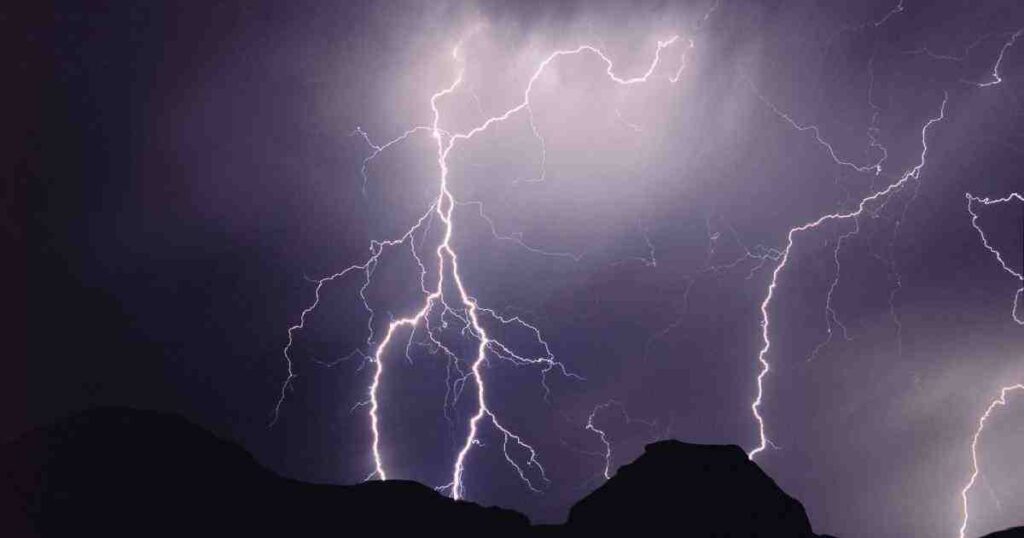 Lightning strikes spread across 31 districts of two states killed 107 people on Thursday- 87 in Bihar and 24 in UP, reports Times of India.

Meteorologists have suggested the people in both states to stay indoors as more thunderstorms are on the radar over the next 72 hours, it reports.

In Bihar, altogether 23 districts reported fatalities, while Gopalganj in the northern part of the state reported the highest 13 deaths, followed by Madhubani with eight.Bhagalpur and Siwan had six deaths each while East Champaran, Darbhanga, Bhagalpur and Banka reported five each.

In Uttar Pradesh, lightning strikes killed nine in Deoria, followed by six in Prayagraj, three in Ambedkarnagar and two in Barabanki.Indian Prime Minister Narendra Modi expressed his condolences over the casualties in two states, reports NDTV.

He expressed his anguish at the loss of lives and said the state governments are working for relief distribution and rehabilitation.

However, the Indian State Disaster Management Department said 23 districts of the state in Bihar were gravely affected.

The weather office has predicted thunderstorms in all the 38 districts of the state over the next few days along with “heavy to very heavy rainfall” in the northern, flood-prone districts, bordering Nepal.