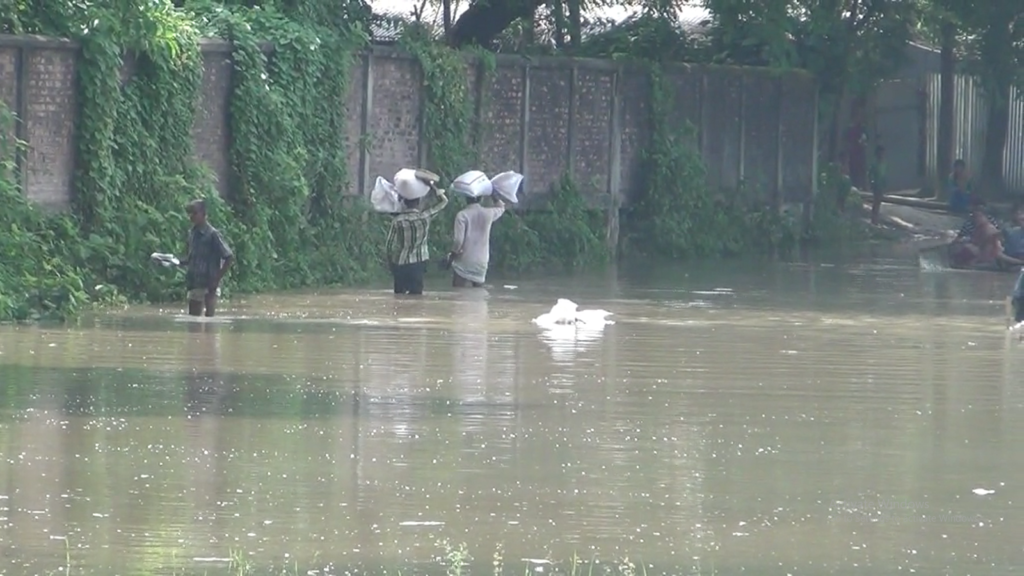 Eighteen chars in three unions of Lalpur upazila of the district were submerged as Padma River continued to swell, causing immense sufferings to the residents of the areas.Farmers in the affected areas are counting losses as their sugarcane field and crop land were inundated.
Ummul Banin Duti, Upazila Nirbahi Officer (UNO), said three shelter homes were opened and the flood victims were asked to move there.
The local administration said 500 flood-affected families in Lalpur union received 15kg rice each as relief.
AL Asad, assistant engineer of Natore Water Development Board, said the water level of Padma will continue to rise till October 5.
The flood situation in Lalpur upazila has been worsening for the last several days following the rise of Padma water level, reports UNB from Natore.