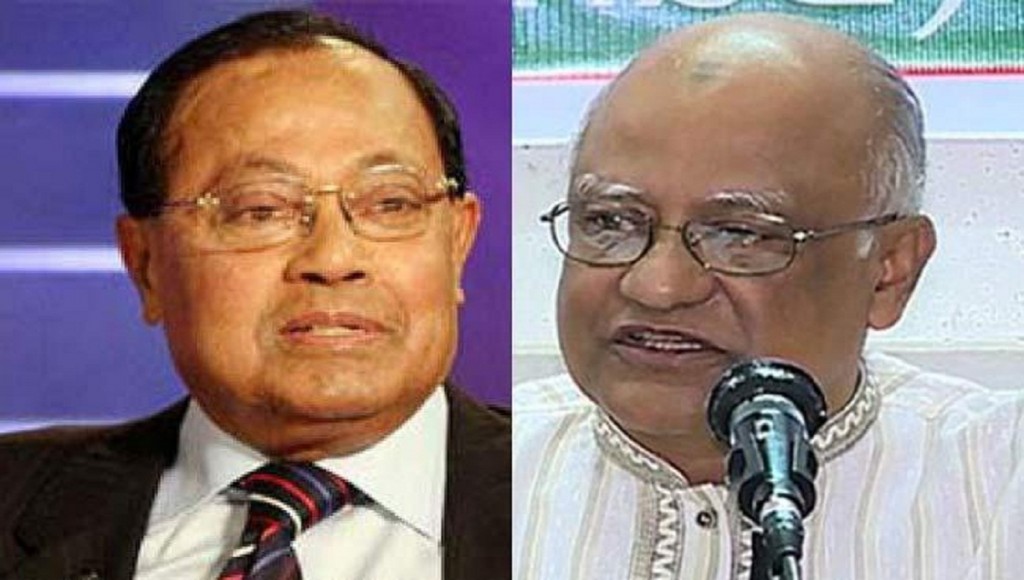 Following the party’s disastrous defeat in the 11th national election, two BNP standing committee members on Friday suggested a change in the party leadership through holding a council.
Dr Khandaker Mosharraf Hossain and Moudud Ahmed came up with the suggestion at a discussion organised at the Supreme Court Bar Association Auditorium to celebrate the 83rd birth anniversary of party founder Ziaur Rahman.Speaking at the programme as the chief guest, Mosharraf Hossain said BNP must stage a comeback. “We must stage a comeback and reorganise the party…the party will have to be revamped through holding a council.”
He also said the tested party men will have to be put in the leadership.Earlier, Moudud Ahmed said, “Today, the party will have to be reorganised newly. Those who worked for the party in its tough times should be at the helm. If necessary, we, who have become old, will take a leave. But, the party should survive. The only way for it is to arrange a council which should be held within months.”
BNP’s last council was held on March 19, 2016.Presiding over the discussion, BNP Secretary General Mirza Fakhrul Islam Alamgir claimed that democracy has been ‘assassinated and ruined’ completely in the country.He said it is time for the youth to come forward to save the country.
Fakhrul also underscored the need for forging a strong movement together with the country’s people to free BNP chairperson Khaleda Zia and ‘democracy’.The 83rd birth anniversary of BNP founder Ziaur Rahman will be celebrated on Saturday.