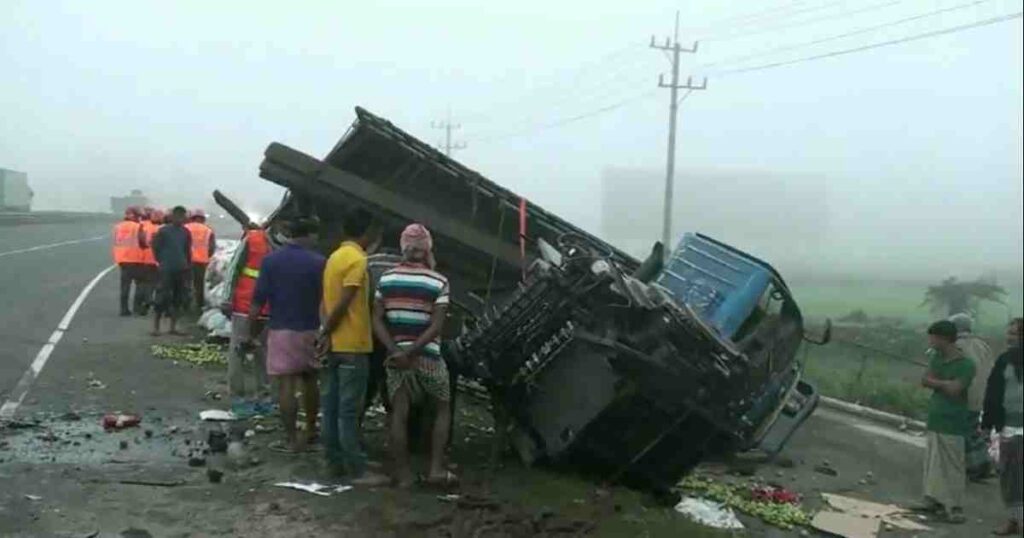 Tangail, Dec 08 – Five people were killed and two others injured after a truck hit a pick-up van on Dhaka-Tangail Highway at Gharinda Bypass in Tangail on Tuesday.

The identities of the deceased could not be known immediately.
Abdul Jalil, deputy director of Tangail Fire Service and Control Room, said the Dhaka-bound vegetable-laden truck from northern district crashed into a printing machine laden pick-up van. Four people on the pick-up van were killed on the spot and three others were injured.
Later, the injured were taken to Tangail General Hospital where the doctors declared the helper of the pick-up van dead.
Road accidents continue to rise in Bangladesh with the country seeing 439 deaths in 417 accidents last month, according to Road Safety Foundation (RSF), an organisation working to ensure safer roads.
RSF said 383 people were killed in 314 accidents in October last.
Nirapad Sarak Chai, a road safety advocacy group, in a report said that 5,227 people were killed in 4,702 road accidents in Bangladesh last year.
In a report released in February this year, the World Bank said Bangladesh needs to invest an estimated extra $7.8 billion over the next decade to halve its road crash fatalities.
The report pointed to the high death rate on Bangladesh’s roads caused by chronic lack of investment in systemic, targeted, and sustained road safety programmes. – UNB