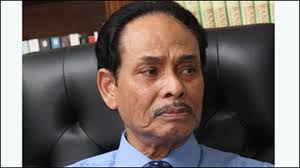 Jatiya Party (JP) Chairman HM Ershad on Sunday asked his party leaders and workers to prepare for the next parliament election.
He said JP does not believe in going to power by killing people and it wants to go to power for the welfare of the countrymen, not for corruption.
“JP will come to power if a fair election is held”, the former president said adding that the JP will assume power by winning the election.HM Ershad, also a special envoy of the Prime Minister, said this while addressing a view exchange meeting with his partymen this afternoon.
JP Chittagong city, north and south district units arranged the meeting in city’s Muradpur area.
Urging the party stalwarts to strengthen the organization, Ershad said his party would one day go to power and serve the countrymen as before.
“My nine-year tenure was the golden era of the history of the country. We did all good and developed many roads, bridges and culverts. None could do such huge development works”, he commented.
JP Chittagong city convener Mehjabin Morshed presided over the function while JP Secretary General Ziauddin Ahmed Bablu, MP, Vice Chairman Morshed Murad Ibrahim, Chittagong north district unit convener Shayesta Khan and south district unit convener Shamsul Alam Master were, among others, present on the occasion. – BSS

BNP for President to call dialogue to end rape, killings