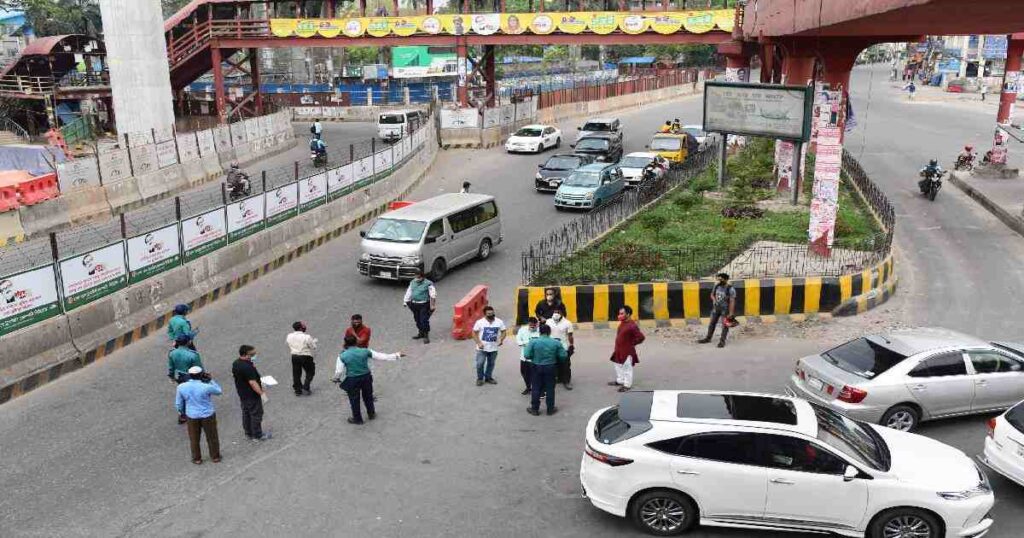 Dhaka, Apr 3 — The government is set to announce a seven-day lockdown from Monday to stem the spread of coronavirus as the number of cases and deaths from the virus soar. Road Transport and Bridges Minister Obaidul Quader, the General Secretary of the ruling Awami League, disclosed the government decision at a media briefing at his residence on Saturday.
Bangladesh recorded over 6,000 new coronavirus cases for the second consecutive day on Friday (6,830). It was the fourth time in five days that the country reported its highest daily cases as the infection rate rose to 23.28 percent.
The country saw 6,469 cases on Thursday, 5,358 on Wednesday, 5,042 on Tuesday and 5,181 on Monday.
A sudden spike in infections prompted the government to issue an 18-point directive and close down all entertainment centres.
The government is increasing the number of covid-designated hospitals and ICU beds to deal with the increasing number of patients.
Bangladesh has so far recorded 624,594 cases with 547,411 recoveries.
The first cases were reported on March 8 last year and the first death from the virus was announced 10 days later.
Meanwhile, the fatalities reached 9,155 with a mortality rate of 1.47 percent.
Bangladesh recorded 568 coronavirus-related deaths in January this year, 281 in February and 638 in March. – UNB