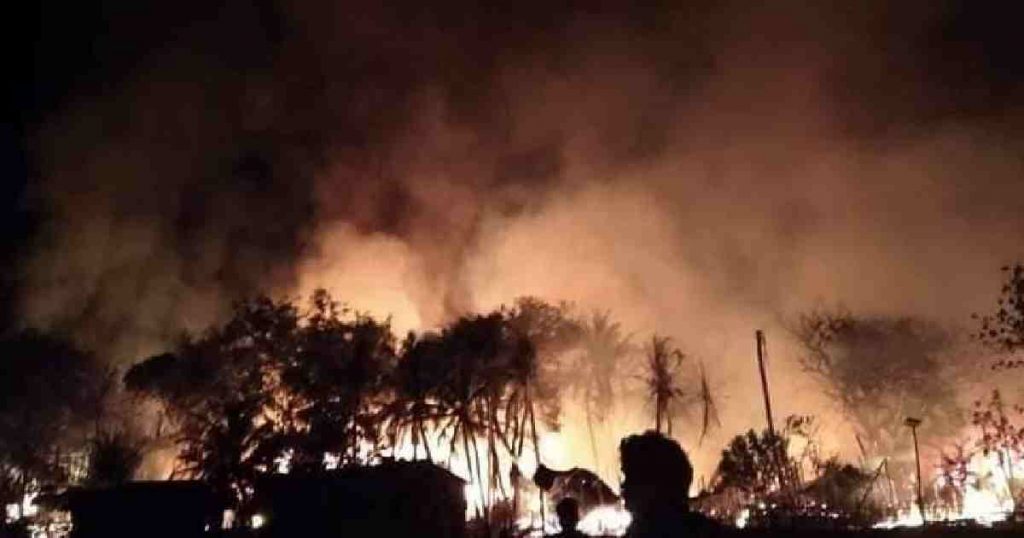 Bandarban, May 18:  At least 70 houses, a primary school and three shops were gutted in a fire which broke out at Talukdarpara in Roangchhari upazila of Bandarban district early Tuesday.Chahai Marma, chairman of Roangchhari Upazila, said the fire originated from an oven early this morning and spread soon.
However, the firefighting units failed to reach the area for lack of communication facilities and the fire was doused with the help of local people.
On information, the army provided some food and financial assistance to the victims who have lost their dwellings.
The estimated loss caused by the fire could go up to Tk 5 crore, said Chahai Marma, reports UNB.