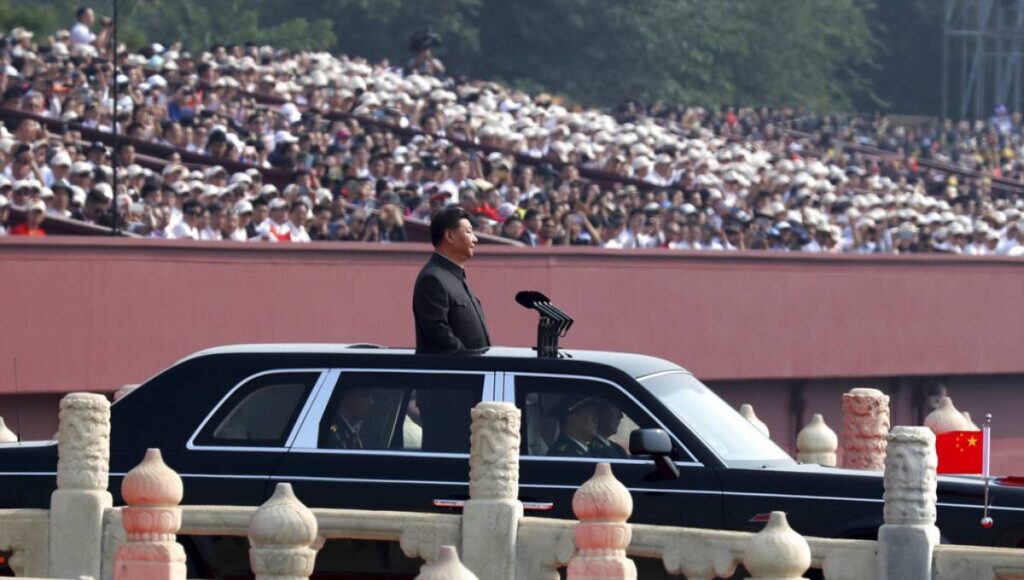 Beijing, Oct 1 (AP/UNB) — China’s Communist Party celebrated its 70th anniversary in power with a military parade Tuesday that showcased its growing might and strategic ambitions.

President Xi Jinping, wearing a gray Mao jacket, and other Chinese leaders, including former Presidents Hu Jintao and Jiang Zemin, watched from atop the Gate of Heavenly Peace at the square’s north end.

“No force can shake the status of our great motherland, and no force can stop the progress of the Chinese people and the Chinese nation,” Xi said in a nationally televised speech.

The event marks the anniversary of the Oct. 1, 1949, announcement of the founding of the People’s Republic of China by then-leader Mao Zedong following a civil war.

The parade follows Xi’s promise in a speech Monday to allow Hong Kong to manage its own affairs despite anti-government protests that have embarrassed the ruling party ahead of the year’s highest-profile propaganda event.

The parade through central Beijing is due to include 15,000 troops and more than 160 aircraft.

Chinese news reports say it might include a new long-range nuclear-armed missile and a supersonic drone aircraft. Military spokespeople have declined to give details.