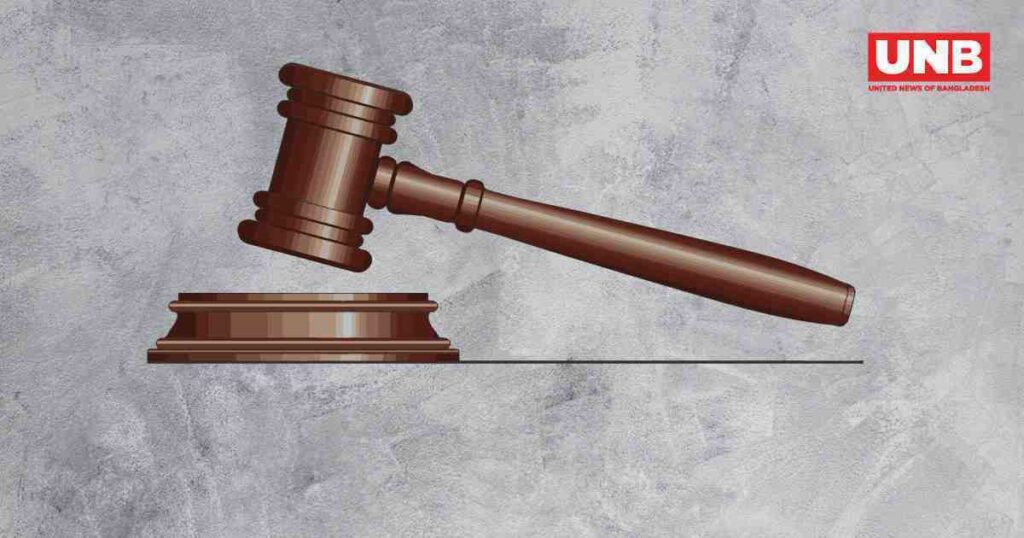 Dhaka, Mar 4 (UNB): A Dhaka court on Thursdays sentenced eight people to life term imprisonment for killing a man in 2008.
Judge of Dhaka Special Judge Court-5 Iqbal Hossain handed down the verdict.The convicts are—Alal Uddin, Joynal Abedin, A Razzak, A Sattar, A Zabbar, Aual Mia alias Aual, Samar Ali alias Samar and Tamij Uddin alias Tamu.
The court also fined them Tk 10,000 each, in default, to suffer six months more rigorous imprisonment.
The court also sentenced one and half year jail to Sohel Rana, Sohrab Mia, Babul Mia alias Babul and Firoz Mia under two separate sections of the relevant law.
The court acquitted Barek, Mostafa and Omar Ali as allegation brought against them could not be proved.
According to the case statement, the convicts, equipped with iron rod, sharp weapon, hockey stick and axe swooped on the house of Alek Mia at Nalbhog village under Turag Police Station and hit him indiscriminately, leaving him injured on June 25, 2008 over land related dispute.
Later, he was taken to a local hospital on that day where doctors declared him dead.
Ramjan Ali, younger brother of the victim, filed a case with Turag Police Station.
Police pressed charges against the convicts on November 25, 2008.