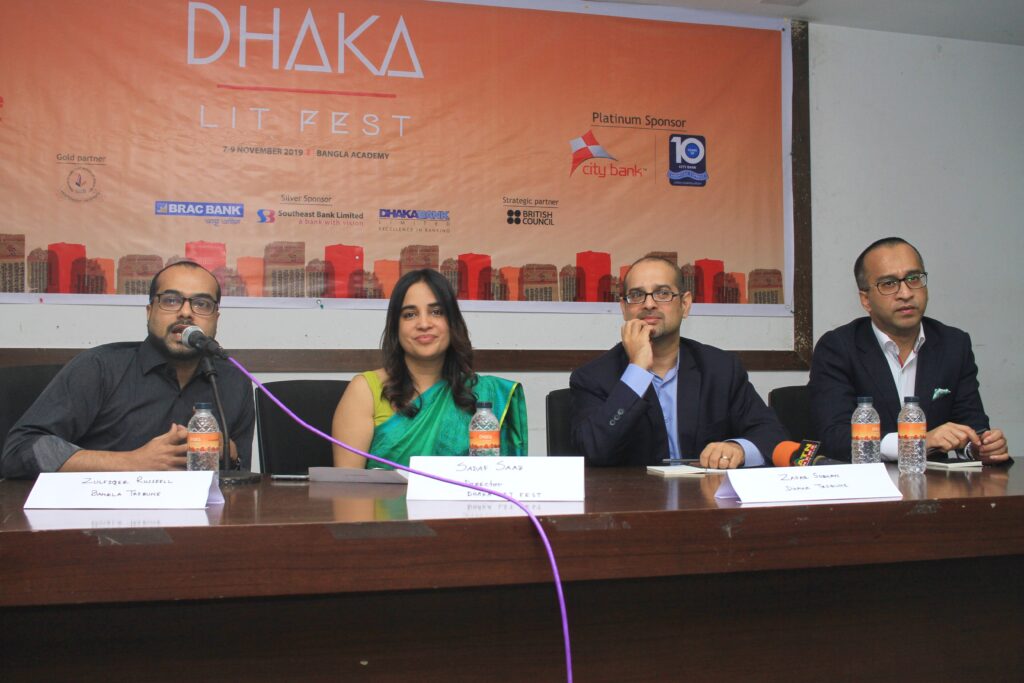 Organisers announced the details of the three-day event at a press conference at the Jatiya Press Club on Tuesday.

Sadaf Saz, one of the directors of the event, said over 200 speakers, performers and thinkers, representing five continents, will take part in the 3-day event in over 100 sessions with parallel sessions going on in both Bangla and English, which are free and open to all.

“One of the special highlights of this year will be screening of ‘Hasina: A Daughter’s Tale’ and an appearance by Shankar on the closing day,” she added.

Gemcon Literary Awards, the highest monetary value literary prize in Bangladesh, will be awarded at the festival.

“Our sole purpose is to uphold Bangladesh’s secularism, democracy and literature to the world,” said SadafSaz.

She also announced that the DLF 2020 will be dedicated to Father of the Nation Bangabandhu Sheikh Mujibur Rahman.

Dhaka Lit Fest is supported by the Ministry of Cultural Affairs and hosted by Bangla Academy. Dhaka Tribune and Bangla Tribune are the Title Sponsors of the event.

Dhaka Tribune Editor Zafar Sobhan said, “The goal of Dhaka Lit Fest is to bring the world to Bangladesh and Bangladesh to the world…we’re focusing on Bangladeshi writers.”

Cosmos Books is one of the publishing houses taking part the festival. It will launch the first book of famous visual artist Nazia Andaleeb Preema titled ‘Preema Donna’ on November 8. Preema herself will be present at the launch event and is likely to deliver an interactive performance.

Thirteen other titles, including Bangabandhu: Epitome of a Nation by Enayetullah Khan, The Little Prince by Antoine de Saint Exupéry, Boats: A Treasure of Bangladesh by Enayetullah Khan and Yves Marre, will be available at the Cosmos Books Stall with discounted prices.