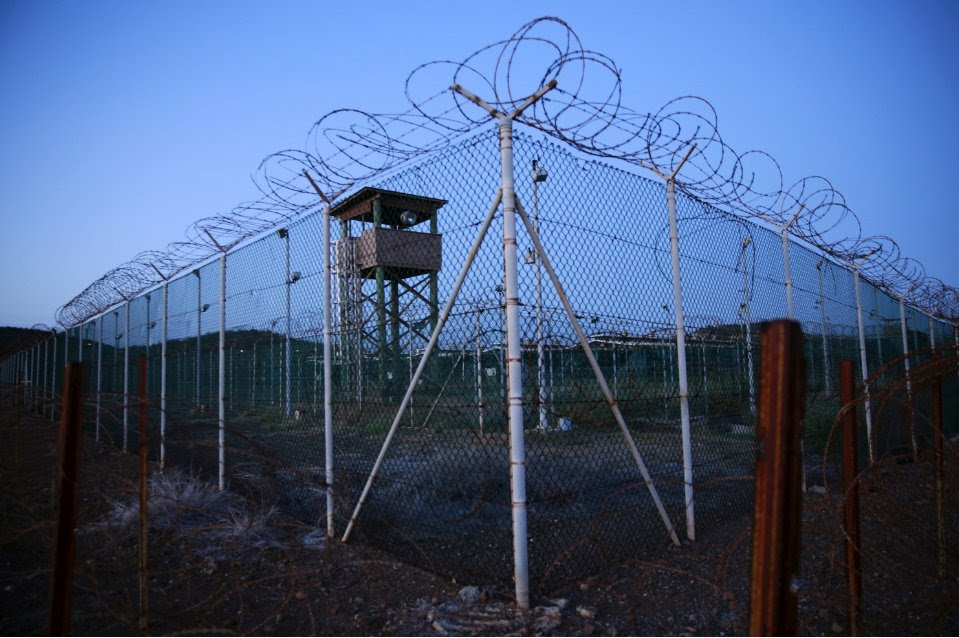 By Ahmed Rabbani
I have no interest in revenge, but I would like people to know what happened to me and how it has been swept under the carpet.4 Feb 2021 – President Biden is someone who has suffered his own personal tragedies: first losing his wife and daughter in 1972 to an accident, and then his son Beau from a brain tumor. He has felt so much pain; I hope that means he will understand mine. The last two decades of my life have been a nightmare without end — and the worst of it is that my family are also trapped inside it.
I sit here writing this in Guantánamo Bay, and I can only hope the president finds some empathy for my situation and that of the other detainees who languish here in this terrible prison.
When I was kidnapped from Karachi in 2002 and sold to the CIA for a bounty with a false story that I was a terrorist called Hassan Ghul, my wife and I had just had the happy news that she was pregnant. She gave birth to my son Jawad a few months later. I have never been allowed to meet my own child. President Biden is a man who speaks of the importance of family. I wonder if he can imagine what it would be like to have never touched his own son. Mine will soon be 18 years old, and I have not been there to help him or to guide him.
I have been locked up for his entire childhood, without charges or a trial. In that time, the president has served a full term as a Senator, eight years as vice president of the US, and challenged Donald Trump for the presidency and won, fulfilling his life’s ambition. I doubt I would have done anything like that, but I can’t help but question what I might have done with those years, had they not been stolen.
When Biden took the oath of office to become vice president in January 2009, at Barack Obama’s side, he joined an administration that had sworn to close Guantánamo. An executive order, issued that week, promised to “restore the standards of due process and the core constitutional values that have made this country great even in the midst of war”. Obama promised on his second day in office to close “Gitmo” for good.
I am not here to judge him for the failure to carry out those plans in the face of obstruction in Congress or to suggest that it will be easy to close Guantánamo now. But it gives me a heart that the US is again led by a president who believes in justice and the rule of law.
The Senate Intelligence Committee report on CIA torture was completed “on his watch,” as they say, in 2014. It’s a report that I feature in. It says that I was tortured for 540 days in the ‘Dark Prison’ in Afghanistan “without authorization” — whether that makes it better or worse, I am still undecided. I can confirm that the torture did take place, although I couldn’t have counted the days myself: the days and nights blended into one while I was hung from a bar in a black pit, in agony as my shoulders dislocated.
I doubt that President Biden can understand what this torture is like; to hear a woman screaming in the next room and to be told it is your wife, and that if you do not do as they insist, they will rape her or kill her.
I have no interest in revenge, but I would like people to know what happened to me and how it has been swept under the carpet – so that we are protected from presidents like Biden’s predecessor who might make someone face it again. The stain of torture can be excised from American history. Biden and his administration can’t just put their heads in the sand and pretend it did not happen.
The US is currently paying $13.8 million a year just to keep me here, so he could save a lot of money by just letting me go home. I am just a taxi driver from Karachi, a victim of mistaken identity. The CIA even captured the real Hassan Ghul, but after interrogating him they let him go and kept me imprisoned. Perhaps they are embarrassed by their mistake?
As Biden settles in the White House, he will be living in splendour. I don’t want to compare the Oval Office to my cell here in Guantánamo. However, it strikes agony into my heart to think about how my family — without a father or husband — live in such miserable conditions.
The new president will attend fancy banquets, while I am in year seven of a hunger strike, protesting the fact that I am held without trial. I am under half of the weight I was when I was first seized in Karachi, and the way it has been going, even while they force-feed me, I will die here in my cell.
President Biden has the power to do something. I would like justice, obviously, for all the abuse I have suffered, but most importantly, I do not want to go home in a coffin or a body bag. I just want to go home to my family and to finally – for the first time — hold my son.
Ahmed Rabbani, Guantánamo ISN 1461, supplied this op-ed via the human rights organization Reprieve. 8 February 2021
Source: www.transcend.org