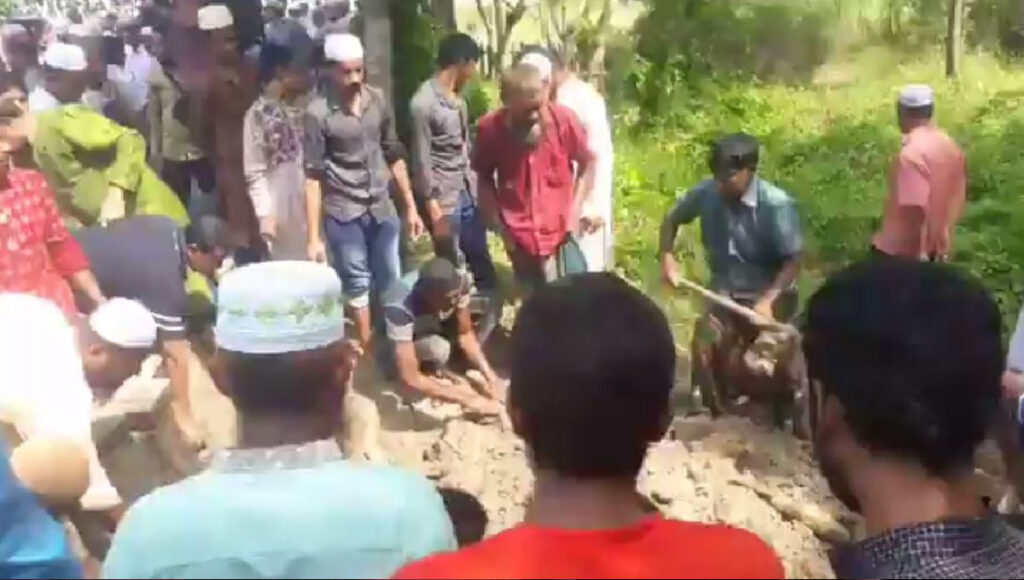 BUET student Abrar Fahad, who was beaten to death allegedly by Bangladesh Chhatra League activists of the university unit, was buried at his village at Raidanga village in Kumarkhali upazila here on Tuesday.Hundreds of people attended the third namaz-e-janaza of Abrar held at the village. Rezaul Karim, vice-principal of Afsar Uddin Madrasa, administered the janaza.
Later, Abrar was buried at his family graveyard around 10 am.
After the burial, local people staged protests with different placards demanding exemplary punishment of the killers of Abrar.
Earlier, a heart-rending scene was created when an ambulance carrying Abrar’s body reached Kushtia town around 5 am. Relatives, neighbours broke down in tears seeing the body of the young boy.
Hundreds of people attended the second namaz-e-janaza of Abrar held in Kushtia town at around 6 am.
Police arrested nine leaders and activists of Bangladesh Chhatra League in connection with the killing of Abrar on Monday and his father filed a case against 19 BCL men with Chawkbazar Police Station, reports UNB from Kushtia.