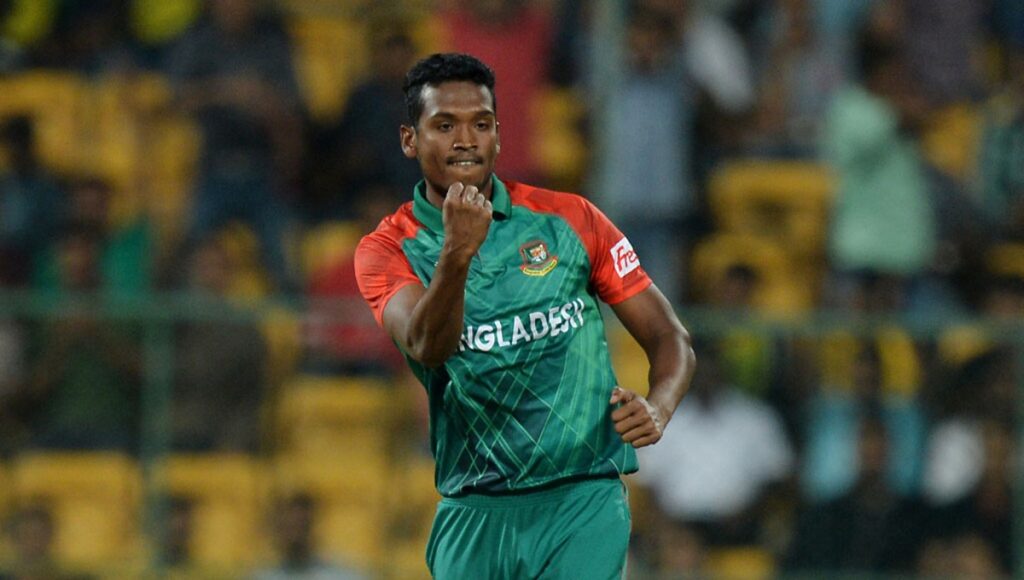 Dhaka – Bangladesh’s right-arm pacer Al Amin Hossain, who made a comeback to the national team for the first time after T20 World Cup 2016, has said he is eager to make his inclusion in senior side count.

Al Amin represented Bangladesh for the last time in 2016 against Pakistan in Kolkata. After that, he was out of the national set-up due to off-form or disciplinary reasons.

“It’s a big opportunity for me to cement my place in the national team. Now, we have a new head coach. The previous coach has tried many pace-bowlers who failed to do well for injuries or other reasons,” the 29-year-old pacer told the media on Saturday in Mirpur.

“Currently, I’m trying to find out a way of doing well in India. They have the wickets of different sizes and behaviours. So, we have to come up with a good plan and execute it well in the series,” he added.

Al Amin played 25 T20Is and scalped 39 wickets. He is the third-highest wicket-taking pacer in the shortest format of the game for Bangladesh with the best figure of bagging three wickets conceding only 20 runs.

“I was out of the national set-up for more than three years. In this period, I tried to learn many things. Actually, being out of the side gives you chance to rethink about your abilities. I believe what the wrongdoings I have done previously will not be repeated again in my life,” Al Amin told the reporters.

Bangladesh will play a three-match T20 series and a two-match Test series in India. The T20Is will take place on November 3, 7 and 10 while the Tests will be held from November 14 and 22.UNB