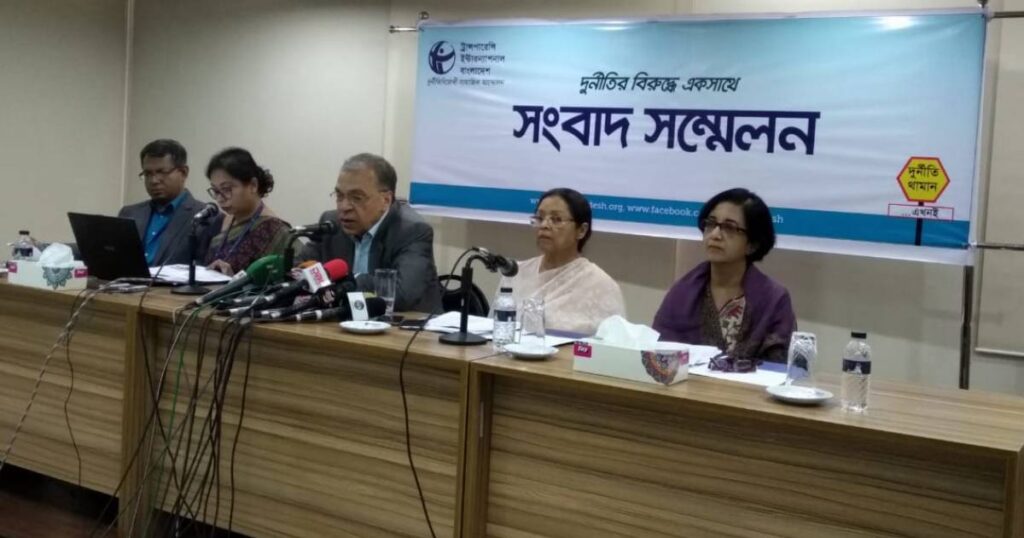 The Anti-Corruption Commission is influenced by the ruling party as it is soft to its politicians, according to a research conducted by the Transparency International Bangladesh (TIB).

The research report was unveiled at a press conference at the TIB office in the capital on Tuesday.

“The ACC is influenced by the ruling party directly or indirectly. The anti-graft national body is soft to politicians belonging to the ruling party. It was found in a follow-up research about the performance of ACC conducted in 2016-2019,” said TIB Executive Director Dr Iftekharuzzaman.

Shahzada M Akram, senior programmme manager of Research and Policy of TIB, and its manager Shammi Laila Islam read out the research findings at the press conference.

“We’ve noticed some progress in the activities of ACC during the period but there’s no progress in overall perspective,” Iftekharuzzaman told reporters.

“The ACC interrogated several ruling party MPs on corruption charges but there’s no visible punishment against them,” he added.

Iftekharuzzaman said the independence of ACC is limited to papers but not in practice.

“The provision of requirement of prior government permission in filing cases against public officials must be repealed as it’s unconstitutional,” he said.

The TIB chief also said the ACC launched ‘hotline 106’ to receive complaints from people which is positive but less than 7 percent of the allegations is considered only.

About the government’s announcement to take a ‘zero-tolerance’ policy against corruption, he said it lacks goodwill to implement it.

The overall score secured by the ACC in this assessment is 60 percent, which falls in the ‘moderate’ category, according the research.

The TIB put forward a 16-point recommendation to improve the ACC performance.