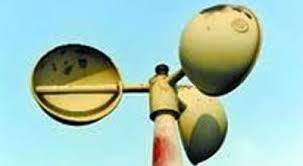 The newly set up weather office in Ramgati upazila is yet to start functioning though five years have already gone by since after
completion of the building.
Because of the delay in its opening, the people of the district are being deprived of weather service and the building turning into dens
of different anti-social elements, including drugs addicts.
In 2008, the weather office building was set up at Char Sekandar in the upazila spending Tk1 crore and since then its activities have not
been started for the reason unknown.
There are 17 lakh people in the Meghna River coastal district. Of them, 62,000 live on fishing.
Mainly thinking the advantage of them, the Inland Water Transport Weather Forecast Department under the Weather Directorate set up the office.
Ismail Hossain Jabu, a college student, said drug addicts take drugs in the building in daytime or at night finding it desolate and female
students of different institutions face sexual harassment by them while passing it.
Fishermen Rahim, Salamat Ullah and Abdul Khaleq who donated land for the office building alleged that their hope behind donating the land has not been fulfilled.
And they urged the government to start its operation as early as possible. Shahed Ali Patu, mayor of Ramgoti municipality, said seeing the building abandoned, many criminals are continuing several anti-social activities there daily.
He also sought the higher authorities’ intervention in opening the office immediately.
Arunendra Kishore Chakrabarty, an official of Laxmipur Relief and Rehabilitation Centre, said the matter of the weather office building
lying unused was informed to the higher authorities and staff would be recruited to open it within next several months.
Once opened, dwellers of Noakhali and Laxmipur will get weather forecasting information from it, for which at present they have to
depend on the Dhaka office, he added.
(UNB, Laxmipur)