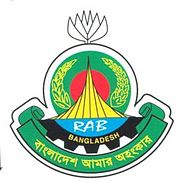 Members of Rapid Action Battalion (Rab) in a drive seized a good
number of arms and ammunition at Mohishakura village in Sharsha
upazila on Saturday night.Major Zahidul Karim, camp commander of Rab-6, said being tipped-off, a
team of Rab-6 conducted a drive at Mohisakura village at night and
seized one foreign made pistol, one shooter gun, two magazines, seven
rounds of bullet, 17 bombs and 15 pieces of Yaba tablets in an
abandoned condition from a mango orchard in the area.
However, sensing the presence of Rab members, criminals managed to
flee the scene.
(UNB, Benapole)