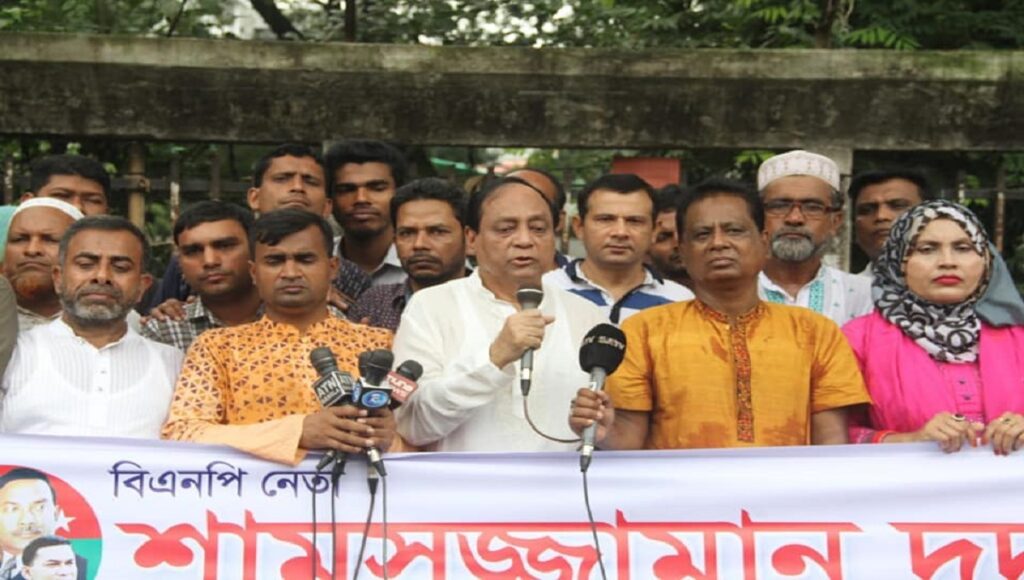 Dhaka, Sept 26 (UNB) – BNP senior leader Abdullah Al Noman on Thursday asked the government to arrest the main organisers of casino business and put them on trial instead of detaining some ‘gamblers’ only.

“Thousands of crores of taka of the public have gone to gamblers through these casinos. The government itself is saying all those are involved with casinos belong to Awami League and Jubo League. Those who set up the casinos and the masterminds of those should be arrested and brought to justice,” he said.

Noman, a BNP vice chairman, came up with the comments while addressing a human-chain programme arranged by Desh Bachao Manush Bacaho Andolon in front of the Jatiya Press Club, protesting the filing of ‘false’ cases against BNP leader Shamsuzzaman Dudu.

Describing the current government as an inhuman one, he alleged that it is working against the interests of the country and its people. “It’s not possible to ensure the fall of this government through a casual movement and programmes like forming human chains. “We must wage a strong movement uniting people to force the current regime to quit.”

The BNP leader urged the political parties to forge a strong unity as people did it during the 1971 to install a pro-people and democratic government and restore people’s voting rights through ‘ousting’ the current one.

“A ballot is more powerful than a bullet. So, we’ll have to take to the streets to ensure people’s voting rights. Democracy will surely be restored if BNP and other parties can launch a movement together with people. So, let’s unite all the political parties and leaders against this government putting aside the misunderstandings among us.”

He strongly protested and condemned the filing of cases against their party vice chairman Shamsuzzaman Dudu, saying it is a move of the government to snatch people’s freedom of expression.

The BNP leader alleged that the government has kept their chairperson Khaleda Zia in jail in ‘false and politically-motivated’ cases to ‘annihilate’ democracy in the country.

He demanded the government immediately release Khaleda Zia from jail and restore democracy and people’s rights in the country.