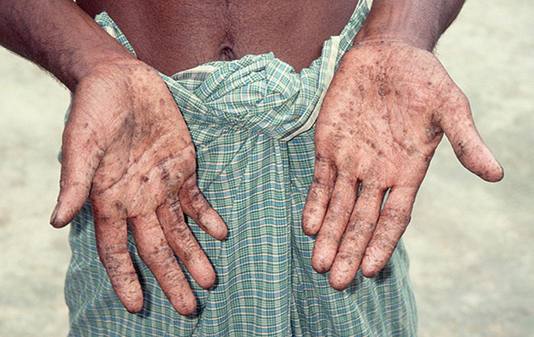 Chronic exposure to higher arsenic concentration through drinking water may cause more deaths in young adults in a number of different diseases, says a new study.
It reveals the different diseases include cardio-vascular disease (related to the heart), cerebro-vascular disease (related to the brain) and
respiratory disease (related to the lungs) can be the consequences of the toxic effects of arsenic.
A prospective cohort study, conducted by icddr,b, was carried out on 58,406 individuals, who were 4-18 years at baseline. In this 13 years closed-cohort
study, the causes of all young-adult deaths were identified through verbal autopsy (VA) using International Classification of Diseases.
In the study, the health-related information of the individuals, including arsenic exposure levels, were closely observed and recorded in icddr,b’s
Matlab Health and Demographic Surveillance (HDSS), according to an icddr,b webpost.
The study shows young adults who passed away due to cancers, cerebro- vascular, cardio-vascular and respiratory diseases – were found to have a
higher exposure to arsenic-laced water.
According to the World Health Organization (WHO), long-term health effects such as skin lesions, diabetes and developmental defects are well-known consequences of arsenic poisoning.
The individuals in the icddr,b study were found five times more likely to die from different diseases at an early age when exposed to average arsenic
levels at around 223.1 ug per litre water or cumulative arsenic level at 2711 ug per year per litre, suggests the study.
“Individuals with chronic exposure to arsenic are at higher risk of death at younger age because arsenic is such a toxic agent that affects all systems
of human body,” said Dr Muhammad Yunus, emeritus scientist and senior author of the study.
“It is a total public health disaster. Concerted efforts from all concerned to cut down arsenic exposure must pick up momentum. This important and
lingering public health issue often goes off the radar, whereas all the evidence shows that it continues to cause fatalities,” he added.
About 40 million people in Bangladesh may still be exposed to arsenic through drinking water or food despite availability of drinking water from
shallow and deep tubewells. Arsenic exposure as a key public health concern also affects around 140 million people worldwide, reports BSS.