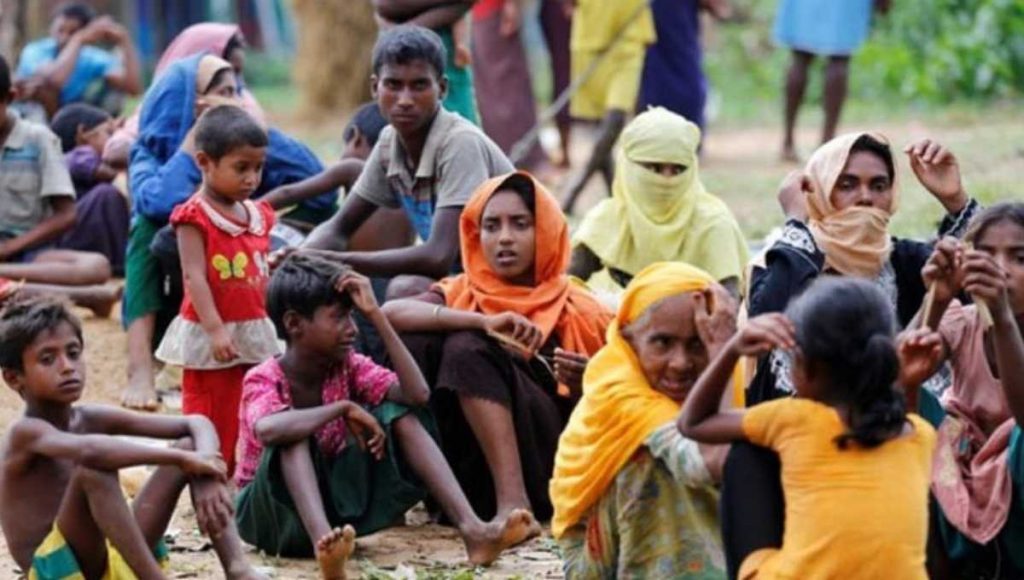 Dhaka, Aug 21 – Though the authorities are ready to start the Rohingya repatriation process today but the matter is still uncertain as they could not get any solid statement from the displaced people during their interview for their voluntary return.The uncertainty is looming large because the Rohingya people are not satisfied with the assurances of the authorities from both sides about their security and citizenship rights.
Representatives of the United Nations Refugee Agency UNHCR and Refugee, Relief and Repatriation Commissioner (RRRC) said they have taken preparation for the repatriation through the Ghumdhum border at Naikhanchhari and Karuntali of Teknaf border.
Representatives said if the Rohingya people whose names are in the list of repatriation come to these two points, they would be sent to back home in Myanmar.
But many of these displaced Rohingya people preferring anonymity said they are not satisfied with the assurances of the authorities. They said they want full protection and citizenship rights at first by the Myanmar government before repatriation.
Even some of the Rohingya people preferring anonymity said they have told the UNHCR representatives that they would go back if they get assurance that their other relatives who are still in Myanmar are in a secured position and on the process of getting citizenship rights.
Meanwhile, UNHCR representatives held interviews of 225 families of Rohingya in the last two days in the Cox’s Bazar to get their opinions whether they would like to go back.
On Tuesday, they had held interview of 21 families but none on them agreed to return.
Bangladesh side and UNHCR have started working on the repatriation process for August 22 as they have got assurance from the Myanmar side they want to take 3,850 Rohingya people of 1,037 families.
Meanwhile, foreign minister AK Abdul Momen on Tuesday told the journalists at his office said, “Myanmar has told us that they are fully prepared for the repatriation. We are also fully prepared. They have sent us a list of 3450 Rohingya for repatriation. We have given them a list of 50,000.”
Even he said that some Rohingya leaders and some international and local NGOs are instigating the Rohingya people not to go back. – Staff Reporter