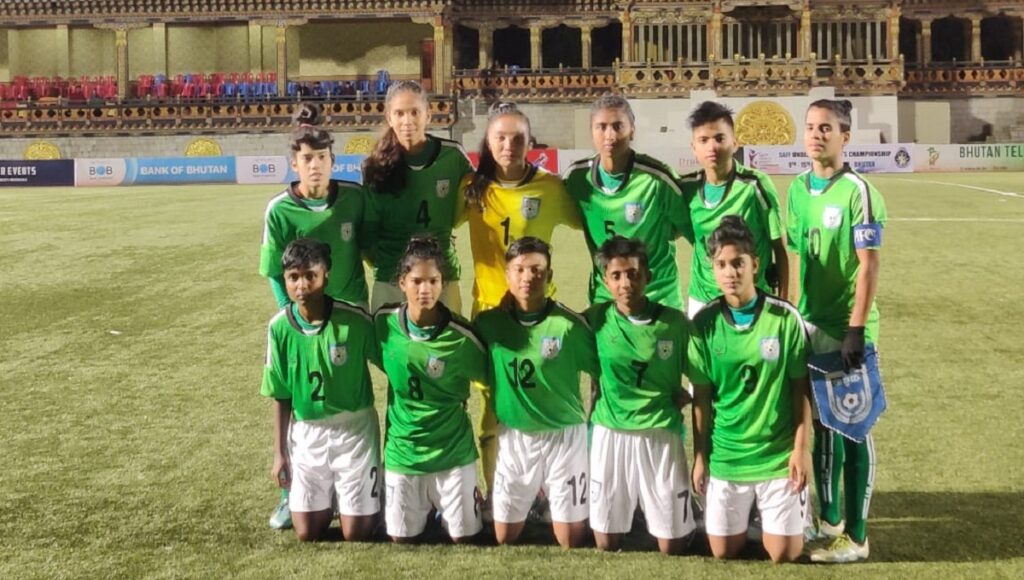 Dhaka – Bangladesh U-15 women’s Football team made a good start of the four-nation SAFF U−15 Women’s Championship’2019 beating hosts Bhutan U-15 Women’s side by 2-0 goals in their first match at the Changlimithang Stadium in Thimpu on Wednesday.

Shaheda Akhter Ripa opened account for Bangladesh in the 22nd minute by a long-range right-footer outside from the box, off a pass of defender Rehena Akhter (1-0).

Bangladesh continued their pressure on Bhutanese defense and scored their 2nd success in the 31st minute as Rozina Akhter found the net by her low-range left-footed shot from danger zone (2-0).

Despite producing some good chances, both teams remained goalless in the 2nd half.

Earlier, in the day’s opening match, India crushed Nepal by 4-1 goals at the same venue.

Bangladesh, the champions of inaugural meet in 2017, will play Nepal on Friday (Oct 11) at 3 pm and face holders India on Sunday (Oct 13) at 3 pm local time in their remaining league matches.

The top two teams of the four–team fray will play in the final on October 15 at 6 pm at the same venue.