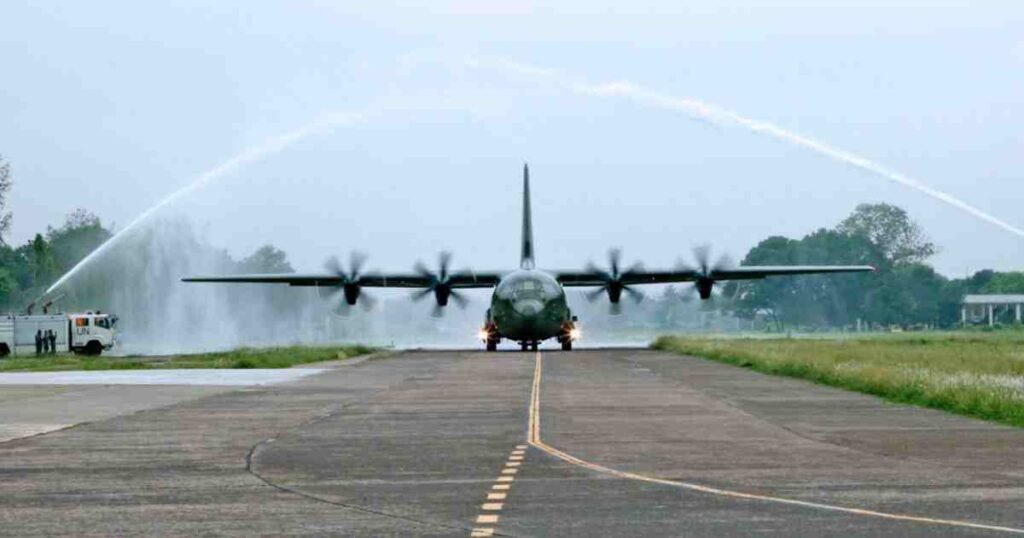 The government has procured five C-130J aircrafts from the United Kingdom (UK) as part of its efforts to modernise Bangladesh Air Force (BAF).

The United States (US) origin aircrafts were procured through an agreement with Royal Air Force in UK while the maintenance agreement was signed with Marshal Aerospace and Defence Group, said Director of the ISPR Directorate Lt Col Abdullah Ibne Jayed.

On its way to Bangladesh, the aircraft equipped with modern avionics and sophisticated technology landed in Cairo and Muscat. It picked up a few Bangladeshi citizens from Cairo who were stranded due to lockdown over coronavirus outbreak, he added.

The C-130J aircraft would be utilised for transportation of materials, people, humanitarian assistance both at home and abroad and also to support United Nations peacekeeping operations, Jayed said.

“BAF will receive the remaining aircrafts in phases from UK,” he said.Principal Staff Officers of Air Headquarters, Air Officer Commanding of BAF Base Bangabandhu and BAF Base Bashar senior officers were also present on the occasion.