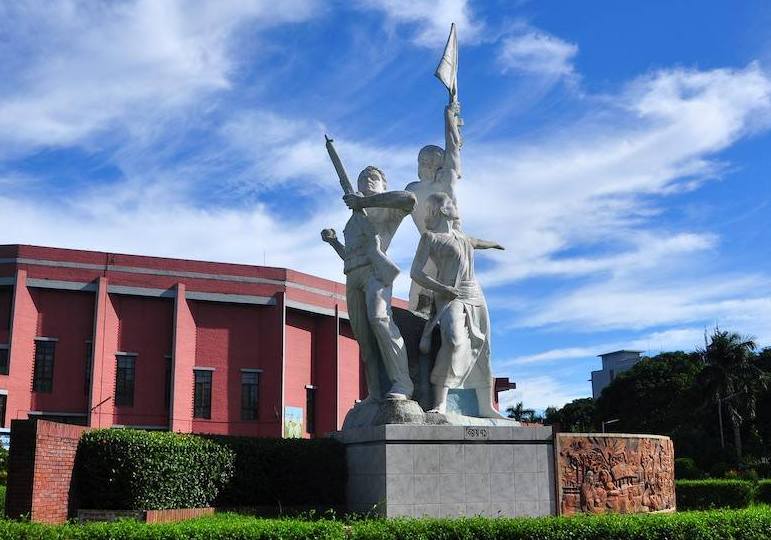 Mymensingh, Dec 6 – Bangladesh Chhatra League (BCL) activists of Bangabandhu Sheikh Mujib Hall of Bangladesh Agricultural University (BAU) beat up the university correspondent of Kaler Kantho as he was trying to collect information on infighting of BCL activists on Wednesday. The injured journalist was admitted to Mymensingh Medical College Hospital. The university administration has not played any role in response to the incident yet.
According to the sources, on the last Tuesday (November 4), a second-year student of the hall slapped a first-year student at guestroom on a silly matter. The first year students protested against the second year students who went away from the guest room. At that time, senior leaders of the BCL hall unit called the first year and second year students to minimize the matter in the guestroom. But after the senior leaders left the guestroom, they again entered into altercations and fights among themselves with sticks.
Meanwhile, the university correspondent of Kaler Kantho and the press and publication secretary of BAU Journalists’ Association Abul Bashar went there to collect the news. But the second year BCL activists prevented him from doing his professional duties. At one stage, about 20-25 activists beat him up. Senior Hall leaders of the BCL rescued him.
Immediately after this incident, BAU BCL Vice-President Shahriar Monir told the correspondent Abul Bashar, ‘Why are you coming here?’ Why will you give the news about the house? If the news of the hall is to be made, then you will have to get permission from senior leaders.’
Later, Shahriar Monir denied saying so. University journalists’ association members took Abul Bashar to the University Health Care at around 12 am and when his condition deteriorated, he was taken to the emergency department of Mymensingh Medical College Hospital.
Abul Bashar e was admitted to the hospital’s surgery unit. At that time, BAU BCL unit secretary Mia Mohammad Rubel came to see Abul Bashar at the hospital.
University unit BCL general secretary Mia Mohammad Rubel said, ‘I am sorry to say that the attack on journalists took place, and action will be taken against anyone involved from the BCL’ side.
Hall provost Prof Dr Shankar Kumar Das did not receive a call made centring on the incident night (Wednesday) although he was called repeatedly. Later on Thursday, he said that appropriate action would be taken against those who involved in the incident.
Proctor Prof Md Atikur Rahman Khokan was informed at that time but he did not investigate the matter further. Later, when contacted he said that it is hall matter; I have nothing to do about it. I take action when I received a written complaint.
BAU journalists’ association president Shaheeduzzaman Sagor said that the university administration’s silence was very sad on journalists attack. The administration is only for the ruling party, they have no responsibility for any other student. There were also CC cameras on the spot. We demand immediate punishment of those responsible after identifying them by examining CC cameras footages. – BAU Correspondent