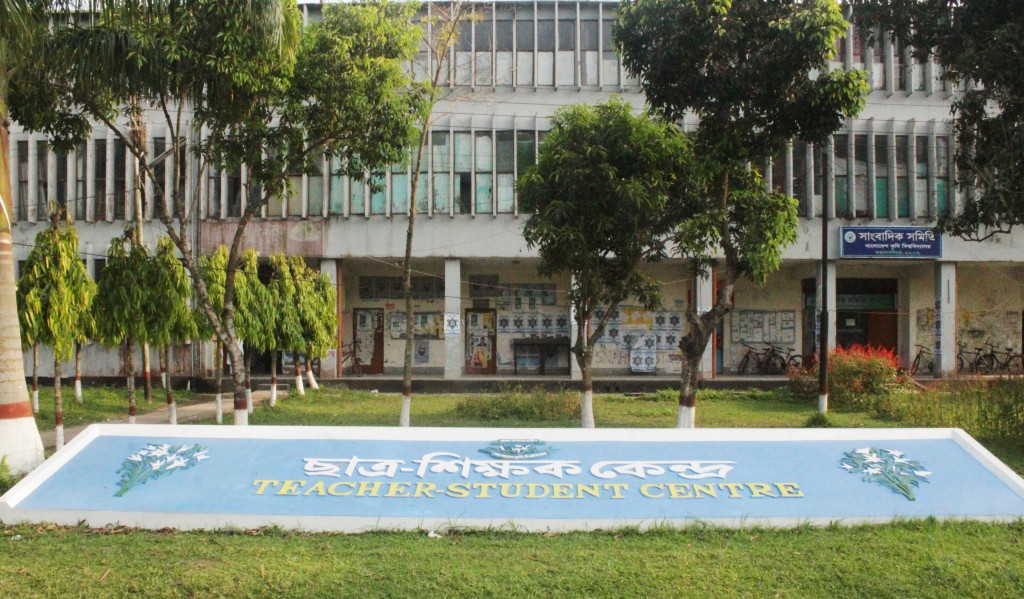 Mymensingh, Dec 25 – Bangladesh Agricultural University Teachers’ Association (BAUTA) polls will be held on 30 December. For 15 members BAUTA committee polls will be held on the day from 8am to 2pm.Acting President of BAUTA Professor Dr Md Abu Hadi Nur Ali Khan will be the presiding officer in the polls. Two panels will take part in the polls, one from Awami backed teachers’ association ‘Gonotantrik Shikkhok Forum’ and another one from BNP backed teachers’ association ‘Sonali Dal’, added in the press release.
In another press release, Awami backed claiming ‘Nil Dal’ announced that, they will not take part in polls. Nil Dal has withdrawn from the polls by questioning the computerized voting process in the polls.
The general secretary of Nil Dal Professor Mohammad Sazzad Hossain said, ‘BAUTA polls will be held in a computerized system, which is an objectionable process. We asked to take vote in traditional voting ballot system, but they denied our proposal. That’s why we have decided to abstain from the polls.’
Presiding officer of the polls, Professor Dr Md Abu Hadi Nur Ali Khan said, ‘I have received the written complaint. We asked them, how result can be manipulated in the computerized system. If they can explain it, we will abstain from the computerized system. But they fail to explain it. In the previous year, there had been no irregularity in the teachers’ polls. This kind of comment is unexpected from them where digital system is ongoing all over the country.’’ – Musfiqur Rahman Sifat, BAU