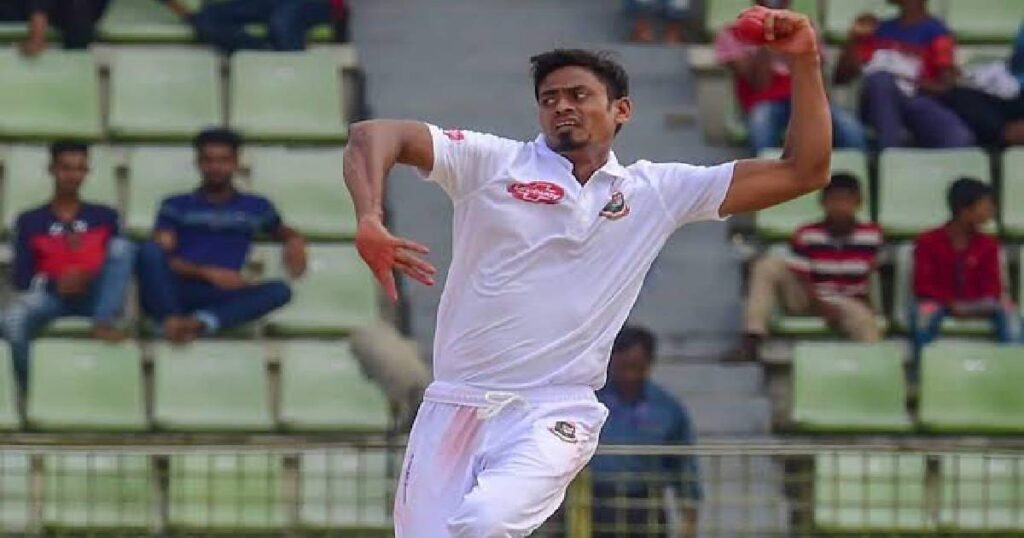 Riding on the tremendous bowling effort of Taijul, Islami Bank managed to restrict Walton for 213 all-out in 75.1 overs in the first innings of the game.

Soumya was the first man to get dismissed for 36 off 47 with eight fours. 20-year-old right-arm pacer Hasan Mahmud delivered a short-ball and Soumya went to play a periscope but failed to connect the ball properly and prodded a catch to the slip cordon. Yasir Ali took a simple catch at the second slip.

Two of them were removed by Abu Jayed Rahi. And other one, Mohammad Mithun, fell prey to Taijul Islam. The left-arm spinner bagged four more wickets in the innings.

In the fifth wicket stand, Taibur Rahman and Saif Hassan added 72 runs on the board. Taijul broke the partnership taking the wicket of Taibur for 46 off 60 balls.

Shuvagata Hom came in at number seven and scored only three runs. Sohrawordi Shuvo came in the wicket at number eight and scored 31 runs. Both of Hom and Shuvo were removed by Taijul.

Taijul recorded his 22nd five-for in First-class cricket conceding 58 runs in 22 overs while While Abu Jayed and Nayeem Hasan took two wickets each.

Islami Bank started their innings on eve of the first day and played only two balls before the umpires called off the play of the day.