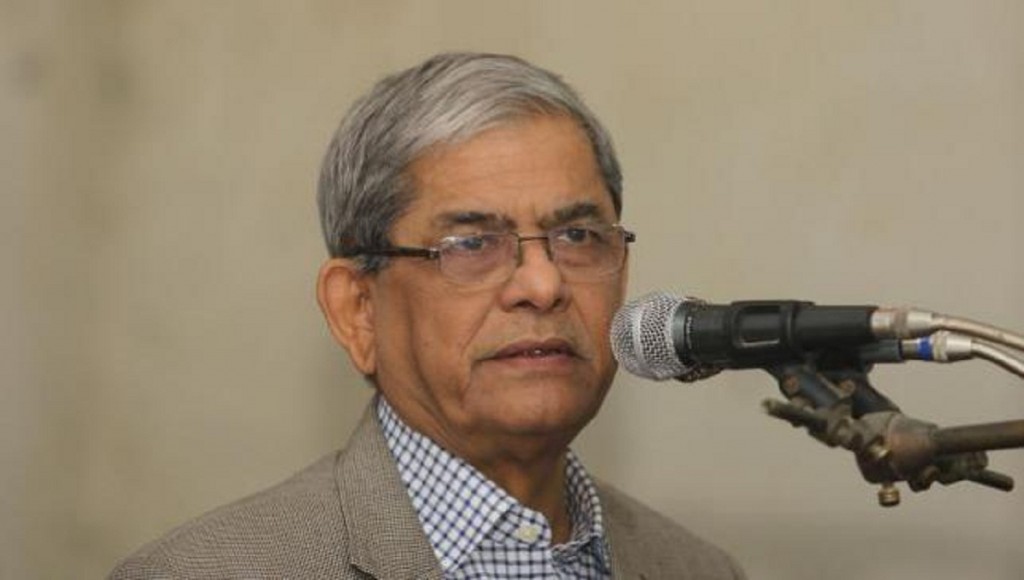 Claiming that Awami League has turned into a ‘mass enemy’ for ‘looting democracy’, BNP Secretary General Mirza Fakhrul Islam Alamgir on Monday said their movement will continue until a people’s government is installed through a fresh election under a nonparty caretaker government.
“People no longer trust Awami League for looting democracy, led by Sheikh Hasina. They’ve now turned into a mass enemy,” he said while addressing a protest rally.The rally was organised protesting the killing of Tozammel Hossain, environment affairs secretary of Rajpur union unit BNP in Sadar upazila who was killed reportedly by AL men on the voting day.
Fakhrul, also the spokesperson of Jatiya Oikyafront, expressed sorrow for the ruling party saying, “The party which fought for democracy and under the leadership of which the Liberation War took place has now looted democracy under the leadership of Sheikh Hasina.”He also said BNP Chairperson Khaleda Zia who had fought for democracy has been kept in jail in ‘fabricated’ cases.
The BNP leader alleged that Awami League put seals on the ballot papers the night before the election day with the help of the ‘state machinery’, including police, Rab, BGB, UNOs and DCs while Awami League ‘cadres’ resorted to vote robbery in public on the voting day.He said the Jatiya Oikyafront together with people will overthrow the ‘demonic’ government.
Addressing the programme, Krishak Sramik Janata League (KSJL) President Kader Siddiqui alleged that a stigmatised history of best vote robbery in the world was created through the December-30 election. “Had we not joined the election, it could not have been proved that Hasina is the world’s best vote robber.”
Jatiya Samajtantrik Dal President ASM Abdur Rob claimed that if any award is given for vote robbery, it will go to Sheikh Hasina.Gonoshasthya Kendra founder Dr Zafrullah Chowdhury also spoke at the rally.