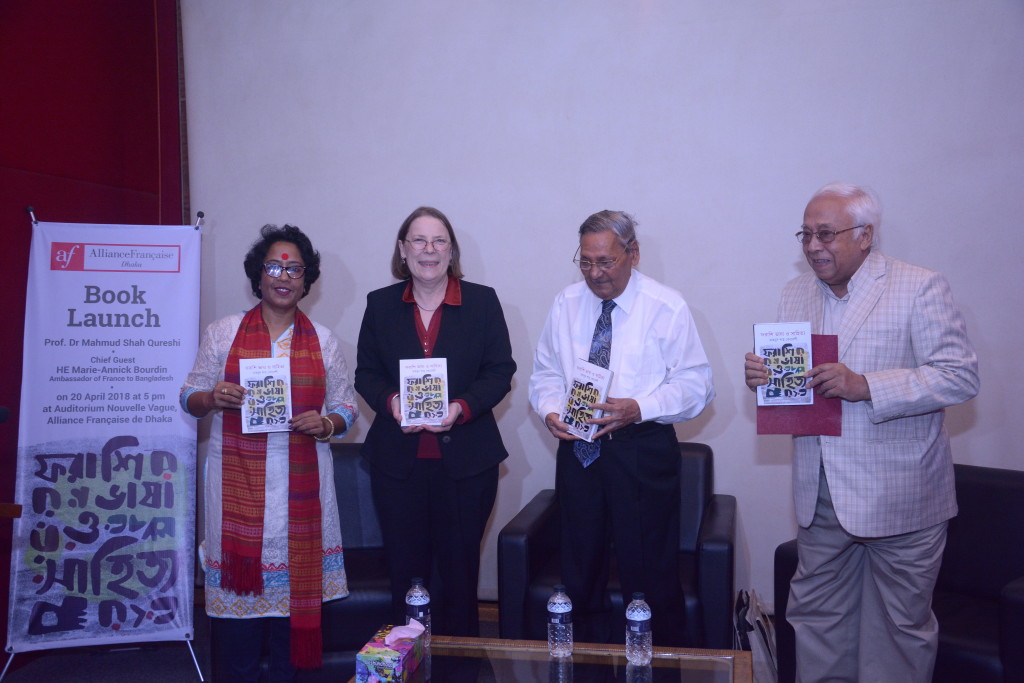 Ambassador of France to Bangladesh HE Mrs. Marie-Annick Bourdin graced the occasion as chief guest.
Prof. Dr Mahmud Shah Qureshi is a major friend of Bangladesh-France relations, following his role as the interpreter for André Malraux during his visit with Bangabandhu Sheikh Mujibur Rahman in 1973.
Prof. Dr Qureshi is an expert on French literature. The book ‘ফরাসি ভাষা ও সাহিত্য / Forashi Bhasha o Shahitya (French Language and Literature)’, written in Bangla and published by Balaka Prokashon. In this book, he is sharing with the readers his admiration for major French authors such as Claude Simon, Jean-Paul Sartre and Simone de Beauvoir, among others.
The book contains twenty-six essays. There are three essays written in the book on French languages and rest of them are on French literature. One interesting essay on Romanian-French writer Anna de Noailles talks about her encounter with Rabindranath Tagore and about Tagore’s first painting exhibition in 1930. Qureshi translated the preface from the exhibition catalog written by Anna de Noailles that is surely a very pleasurable read. And the reader will also be presented with a rare photograph of Anna de Noailles and Rabindranath Tagore. – Press release